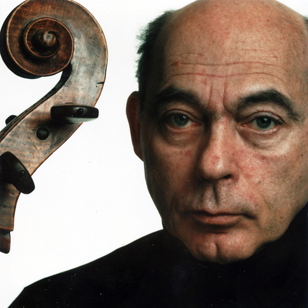 János Starker. The great Hungarian-born American cellist has died on 28th April 2013 at the age of 88. The musician, who made a landmark in the history of interpretation, was a model for many artists.

János Starker was a child prodigy. He was born in Budapest of a Polish father and a Ukrainian mother. His family was very musical and his two older brothers played the violin. As a child, he received his first cello and he performed for the first time in public at the age of six. He was immediately admitted to the Franz Liszt Academy of Budapest where he studied with the best teachers including the composer Leo Weiner. In 1938, he did his professional « debut”  with the Dvořák Concerto when he replaced at short notice the soloist initially scheduled.

World War II was particularly tragic for his family. As a Jewish family, his two older brothers disappeared, murdered by the Nazis and the boy was detained for three months in an internment camp on an island on the Danube. After the end of the war, he joined the Budapest Opera and Philharmonic Orchestra as the principal cellist. However, disgusted by the communist takeover in Hungary, he went into exile in Western Europe. It was a very difficult period for Starker and the young man had to work as an electrician to survive.

He arrived in Paris where he recorded the first version of the Sonata for solo cello by   Zoltán Kodály. At this time, the score was considered as unplayable. This record immediately received a “Grand Prix du Disque”. In 1948, he moved to the United States. He arrived in Dallas where he became the principal cellist of the Dallas Symphony Orchestra conducted by the Hungarian maestro Antal Dorati. A few months later, Starker left Dallas for New-York to work in the Metropolitan Orchestra, conducted by Fritz Reiner , another Hungarian.  The cellist was very impressed by Reiner and he resigned from the Met Orchestra to become the principal cellist in the Chicago Symphony Orchestra where Reiner was also working as a music director.   As his first recording of Bach’s Suites was triumphantly welcomed, he decided to devote himself exclusively to his solo career (1958). Throughout his life, he gave more than 5000 concerts, recitals or chamber music concerts.  He was well known in France for his Parisian recitals, among other at the Theatre de la Ville, where he was still performing in 2000 with pianist the Pascal Devoyon. In 2001, he retired from the stage to devote himself to teaching.

Teaching was his great vocation, he even defined himself as a teacher rather than as a soloist. Allegedly he began his teaching activities at the age of eight and taught tirelessly until his death. In 1946, he lost the first place in the cello competition of Geneva against Eva Janzer, who was one of his students … From 1958 he was a professor at Indiana University in Bloomington while giving master classes around the world, training dozens of musicians as cellists like the French Henri Demarquette and Marc Coppey. His method “An Organized Method of String Playing” is a foundational reference for cello teaching. Starker also worked to improve the acoustic characteristics of string instruments.

Starker recorded more than 165 works which are a part of the classical music heritage. He recorded the Bach’s Suites, the Everest of cello repertoire , three times for EMI, RCA and Mercury. His last performance, recorded in 1997 for RCA, won many awards, including a Grammy Award. He recorded major renditions of concertos from Dvorak, Schumann, Lalo, Saint-Saëns under the baton of Antal Dorati (Mercury). This cellist’s sound was a little dry but very expressive, with perfect musicality. He found a musical partner in the person of the Hungarian pianist György Sebők. They met in 1962 at the University of Indiana. Together, they gave numerous recitals around the world and they recorded tens of records : sonatas by Brahms and Beethoven for Erato and several discs of chamber music for Mercury. The label “Ina Mémoire Vive” offers a series of recordings of this duet in Prokofiev, Kodaly, and Martinů. Starker also performed on numerous occasions together with pianist Rudolf Buchbinder. They recorded the Brahms Sonatas (RCA) and Beethoven Sonatas (Erato). Starker recorded also with legendary musicians such as the Czech pianist Rudolf Firkusny for the Martinů Sonatas (RCA). With the pianist Julius Katchen and the violinist Josef Suk, he founded a “chamber music dream team” for the recording of the Brahms’ Trios (Decca).

In 2004, Starker published his memories: « The World of Music According to Starker, » (Indiana University Press).