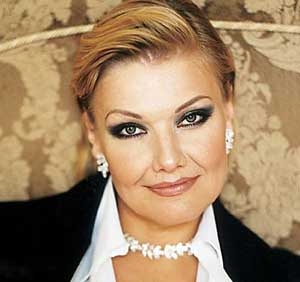 The second program of the Finnish Radio Symphony Orchestra at this year’s Helsinki Festival was focused on Vienna: Mahler’s final symphony. Guest conductor Susanna Mälkki provided three contrasting views on this theme, with the music of Mahler, Busoni, and Schönberg.

Mahler’s Symphony No. 10 was left unfinished at the time of the composer’s death. The Adagio movement is considered to be the only performable movement written entirely by the composer. Despite its many moments of impassioned and strained beauty it also contains some of the most dissonant and searching music that Mahler ever wrote.

The work begins with a viola section solo: inquisitive, unsure, and tonally unstable. Variations of this solo recur throughout the course of the movement, often played by violas only. With the entrance of the violins Mahler reveals some of his most beautiful and longing music. The movement’s more animated sections features somewhat devilish music, while the massive chordal climax is shockingly dissonant even by today’s standards. The final denouement fades away beautifully to a peaceful (or perhaps resigned) close.

Mälkki chose a broad tempo for the opening, which posed additional dangers for the violas, as any shakiness in intonation or ensemble would be even more readily revealed in an already highly exposed passage. Fortunately, the Finnish RSO violas were up to the task this evening, performing the section solos beautifully while producing a somewhat tentative sound that the music requires. Mälkki coaxed a caressing and warm glow from the strings. Particular attention was paid to instrumental detail and balance, which was especially noticeable in the probing and deep brass or the music’s more animated sections, featuring excellent woodwind playing. Mälkki downplayed the dissonant nature of the climatic chord somewhat, allowing the major triad which serves as the chord’s foundation to come to the fore.

Busoni’s Tanzwalzer opens with a broad but muted brass chorale. C major appears to the tonality, but subtle dissonances and the presence of D major add a mild tension. After the sudden arrival of minor the music quickly moves off into mostly friendly territory, although shadowy elements occasionally make an appearance. Mälkki led a colorful account of this enjoyable music, which served as a appropriate intermezzo between Mahler and Schönberg.

Schönberg’s Erwartung is a one-act monodrama lasting approximately thirty minutes. The composer stated that in this time frame he strove to express in slow motion everything which happens in one second of spiritual frenzy. The plot centers around a woman in a forest, searching for her lover. She discovers what she thinks is a body but turns out to be a tree trunk. Her anxiety heightens as she cannot find her lover, but when she encounters an actual body it turns out to be her lover.

From the standpoint of the listener, this is challenging music. Schönberg does not utilize recognizably recurring themes or motives, making the musical narrative difficult to follow. While Schönberg’s handling of the orchestra is engaging and colorful, the success of this work depends largely on the soprano soloist. Mattila’s performance could be described as hysterically intense, perhaps to the point of appearing unhinged. Despite this, Mattila was clearly in full command of this fiendishly difficult music. Mälkki’s direction of Schönberg’s  complex score was secure and confident, bringing out the work’s many orchestral details.