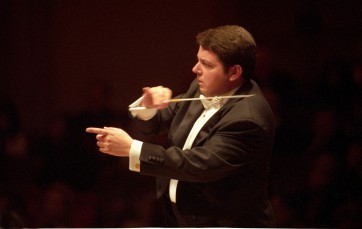 The American conductor Andrew Litton is known in the Nordic orchestral world through his work in Bergen, although he has not been engaged by the major Finnish orchestras, at least in recent years.

This evening’s program opened with Glinka’s Ruslan and Ludmila overture, the only light-hearted work on a mostly somber program. Immediately noticeable from the outset was the precision of the Tampere strings, who handled the vigorous opening with both accuracy and energy. The sharp attacks from both brass and woodwinds complemented this very exciting performance.

Although Kabalevsky’s Cello Concerto No. 2 is very rarely performed, this evening’s performance was a convincing argument that this work deserves to stand alongside the more famous concertos of Prokofiev and Shostakovich.

The first movement opens with a low C drone from double basses and timpani. Over this spare accompaniment, the soloist intones a doleful, pizzicato-only oration. This is followed by a long, mournful melody, as the rest of the orchestra gradually joins in. The opening section is reminiscent of Shostakovich, at least in mood. The central section which follows is vigorous and animated, and at times sounds quite similar to Prokofiev’s Sinfonia Concertante. The surprising saxophone solo which opens the second movement could be part of a soundtrack to one of David Suchet’s Hercule Poirot films. The final movement is a poignant, rocking lullaby which tries to sing the work into a peaceful close, but is interrupted by flashbacks of previous movements. One could perhaps detect shadows of the similarly peaceful conclusion to Honegger’s Symphonie Liturgique. 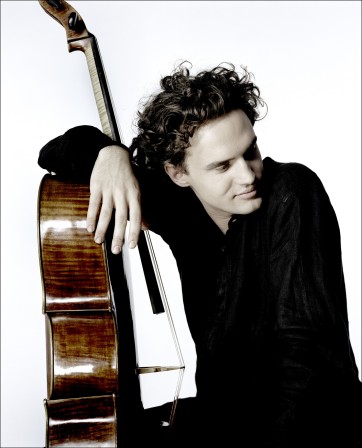 Leonard Elschenbrioch’s performance was demonstrative of his strong belief in this work’s merits. The opening pizzicato was penetrating and eloquent, while the broad lyrical lines were played with focused and pure tone. The virtuosic solo cadenzas provided ample opportunity for Elschenbrioch to demonstrate his thorough command of the instrument.

Shostakovich’s Symphony No. 15 is the composer’s final symphony. In contrast to his previous two works in the form, the Symphony No. 15 is written in four movements and is entirely instrumental. This enigmatic work features recognizable quotes from other composers, as well as Shostakovich himself. At times light-hearted, at other times morbid, this symphony is open to a wide range of interpretations.

The opening movement is sometimes described as a toy store which comes to life, and the direct quote from Rossini’s Guillaume Tell supports this. However, ghostly and more disturbing elements may be lurking beneath the surface. The barren and gloomy second movement features a prominent solo cello, leading up to a radiant climax which quickly becomes tragic. The third movement is a somewhat sardonic dance, with important roles for clarinet and solo violin. In the final movement Shostakovich quotes his own Symphony No. 7, as well as the fate motif from Tristan und Isolde. The symphony concludes with « ticking-clock » percussion, similar to the Symphony No. 4 and Cello Concerto No. 2. Rather than providing resolution, the final A-major chord seems to pose more questions: Is it a smile? A sly wink? Enlightenment?

Litton’s performance seemed to downplay the darker and more disturbing elements of this score, at least in the first two movements. With the entrance of the third movement, the extra weight which Litton gave to the bassoons emphasized the movement’s sardonic qualities. Litton’s broad tempo during the work’s final climax made this already anguished section even more devastating, like a slow-motion recollection of the horrors that the composer witnessed during his life. The numerous excellent solos from the Tampere front-desk players deserve special mention as well.