All-Russian evening with the Helsinki Philharmonic 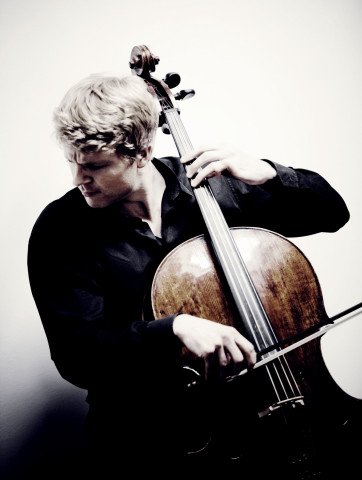 Shostakovich’s Cello Concerto No. 1 is firmly established in the core repertoire of just about every cellist on the international circuit, and performances of this work are sufficiently frequent that one might take this masterpiece for granted. Perhaps this is the case, but it is likely that this work does strike at least some fear in the hearts of most cellists. Shostakovich demands near superhuman technical prowess and almost non-stop playing from the soloist, alternating between white-hot intensity to the most fragile tenderness.

The soloist in this evening’s performance was Julian Steckel, making his Finnish debut. Overall, Steckel’s best playing came during the work’s quiet and introspective moments. Steckel’s tasteful yet rich vibrato and singing tone supported his somewhat extroverted view of the brooding second movement. The same movement’s central section featured some impossibly delicate playing, and the false harmonics after the climax were chillingly and accurately executed. The transition to the lengthy cadenza was truly haunting, and Steckel’s wonderful performance of the cadenza itself was a painfully raw view into the composer’s soul.

This work is at times almost a double concerto for cello and horn, and principal horn Ville Hiilivirta did himself proud with his many excellent and confident solos. Clarinetist Anna-Maija Korsimaa’s important contributions also warrant recognition.

Despite the highlights mentioned above, several significant issues let down this performance. Steckel appeared to have difficulties with the rapid and loud passages, including shaky intonation and missed notes. He chose a dangerously fast tempo for the wild conclusion of the cadenza, which in his hands rendered the rapid ascending runs incoherent. The work’s final measures somehow became misaligned between soloist and orchestra, which essentially robbed the defiant conclusion of all impact.

Rachmaninoff’s Symphony No. 3 is the composer’s penultimate work, and seems to stand in the shadows of his Symphonic Dances. The latter work is considered by some as the composer’s greatest orchestral piece, and in this light the Symphony No. 3 might sound like a preliminary sketch. While this may be a valid argument, the symphony does have its merits.

The American conductor James Feddeck led an assured performance of this work. The first movement benefited from Feddeck’s excellent control of the swelling and receding dynamic waves, as well as the careful attention given to balancing woodwinds and strings. The second movement began with a painfully beautiful duet between solo horn and harp, and Feddeck’s emphasis on Rachmaninoff’s colorful woodwind and percussion writing was memorable. While some may find the final third movement to unnecessarily lengthy and somewhat undistinguished, under Feddeck’s direction the Helsinki Philharmonic nevertheless played brilliantly.