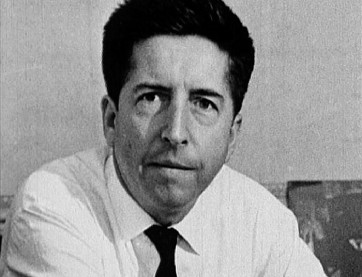 “What is fashion? It is what is going out of fashion. Tout est là.”

His body bore the marks of a long life, but his mind remained bright, and Henri Dutilleux was resilient, just like his work. Untouched by the fights between neoclassicists and structuralists, his work was unique, beyond all dogma, and came from a very French tradition of the art of orchestration. He was extremely demanding of himself, aroused only admiration, and in the end he had no known foe.

He came from a background open to art (one of his ancestors, Constant Dutilleux, a close relation of Delacroix, was a painter, and another, Julien Koszul, a friend of Gabriel Fauré, was a composer). He quickly climbed the ladder at the Conservatoire de Paris, in 1938 and won the Grand Prix de Rome in composition. But it was not until ten years later that he composed the work that, repudiating all his previous pieces, he would later view as his opus 1: the Piano Sonata (dedicated to his wife, Geneviève Joy).

Impervious to aesthetic wars, Dutilleux was open to the music of his time, including jazz and French chanson française. In line with Stravinsky, Ravel, and Bartok, he abandoned tonal language, keeping only its notions of function, polarity, attraction, repulsion, dissonance, and consonance. From counterpoint, he developed an interest in mathematical games. Indeed, many of his pieces are written in a symmetrical fashion, or are musical palindromes. His music can also be seen as hypermnesic: quotations and references are clearly claimed as such. Nevertheless he never parodied or wrote “in the style of.” When Dutilleux went “from Janequin to Jehan Alain,” he didn’t spoof either of them. His only violin concerto “L’arbre des Songes,” is clearly reminiscent of Berg’s Violin Concerto, dedicated “To the memory of an angel,” without quoting a single note from it.

Dutilleux was respected and admired, and he knew how to take advantage of the scarceness of his premieres. In the last twenty years, each and every Dutilleux premiere has been an exceptional event. Every new work enjoyed several encore performances, and all were recorded at least once.

In an interview with ResMusica in 2009 (in French here), Dutilleux expressed his regret at not having composed an opera, for he had not found a subject he liked. About the war between tonal and atonal music, he quoted Cocteau: “What is fashion? It is what is going out of fashion,” concluding “Tout est là”.

International fame came very quickly, but honors came late. The government promoted him to the grade of Grand Croix de la Légion d’Honneur at the age of 88. He won the Ernst von Siemens Prize (the Nobel Prize of music) at 89. The classical MIDEM awarded him a prize for his entire career at 91. That was the price to pay for being independent, and for having sought not honors but only to be honorable.