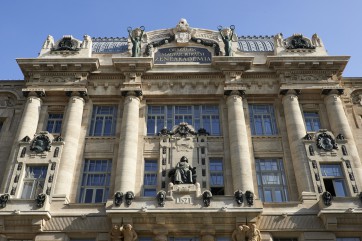 The Franz Liszt Academy, built by architects Flóris Korb and Kálmán Giergl in 1907, is the major Hungarian conservatory (music school?), but it also includes several concert halls, among them the Grand Hall and the Chamber Hall. Its restoration, mostly paid for by the European Union (14 million euros), gives back all its lustre to this building, both academic/eclectic in its bulk and Art Nouveau/fin de siècle in his details and his symbolism. The decoration of the Grand Hall, inspired by Dionysus and Apollo, works thanks to the wealth of details and colour tones. As is usual in such cases, the press file gives a good deal of impressive numbers to illustrate this huge restoration. 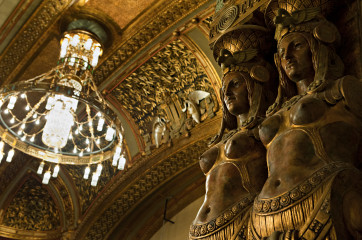 The reopening concentrated on a tradition of national music famous all over the world for its various skills: legendary composers, pianists and conductors, from Ligeti to Solti and from Kodály to Béla Bartók. It was no secret that politicians would hijack this spotlight on Hungarian music, and first of all Viktor Orban. The very controversial Prime Minister of Hungary emerged out of the omnipresent security forces to give the gala’s opening talk. With national elections a few months away, his defence of the arts was in the service of his political agenda and his very strong and peculiar idea of the nation.

A further linking of the present with the past was the inauguration of a statue honoring Sir Georg Solti not far from the Academy building, in the presence of the late conductor’s widow. It may be interesting to note that the young Solti had to leave Budapest once he had completed his studies because of anti-Semitic legislation, but Lady Solti still gave proof of how important the gesture was on a symbolic level.

The gala itself was almost 100 % Hungarian, with scores from László Sándor, Ferenc Erkel, Johannes Brahms, Béla Bartók, Zoltán Kodály, Johann Sebastian Bach, Franz Liszt, Ernst von Dohnányi, and Ludwig van Beethoven, performed by the orchestral and choral forces of the Liszt conservatory as well as local artists, both famous and unknown. Such events always alternate high points with low points. The concert was off with a great start, a few pieces of Béla Bartók and Zoltán Kodály performed by a children’s choir well prepared by Gabriella Thész. Beethoven’s rather unrewarding Choral Fantasy was a magnificent ending to the concert, with a subtle and gentle Gábor Farkas on piano, accompanied by the great Zoltán Kocsis to conduct the electrified troops from Liszt Academy. There was nothing wrong with the brass in a fanfare by László Sándor, nor with Brahms’s unavoidable Hungarian Dance by the energetic Barnabás Kelemen, a lead figure among Hungarian violinists who has won many contests. Some performances were too neutral, like Béla Bartók’s Duos by Kelemen with Katalin Kokas, or Ernst von Dohnányi’s Piano Quintet Op. 1 by the Keller Quartet with pianist Dénes Várjon, who gave a rather impersonal rendition. Boy wonder of cello Gergely Devich left me cautious with his interpretation of Bach, but unfortunately, Gergely Bogányi’s arrogant and sloppy Liszt was staggering. 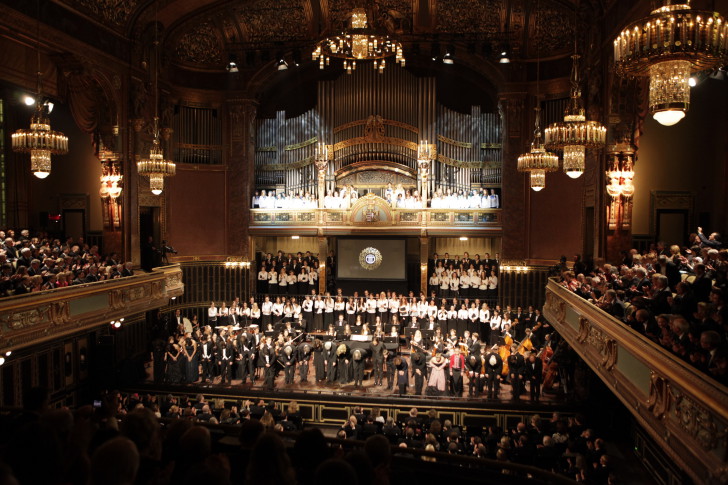 The Franz Liszt Academy wants to become one of the main concert halls in Europe, and the upcoming season shows how much has been mobilised to achieve this goal, with an almost endless stock of Hungarian artists, key actors in orchestral, chamber and recital concerts. As a conclusion, I want to congratulate the Academy’s management for having given a lot of thought to their communication and graphic choices, so as to affect as many people as possible without going for the easy option.