The Helsinki Philharmonic Orchestra is the oldest symphony orchestra in the Nordic countries and has been operating without a break since its founding in 1882. The orchestra is closely associated with Jean Sibelius, having premiered most of the composer’s orchestral works. The Helsinki PO’s recently appointed general manager, Gita Kadambi, speaks with ResMusica about her background and some of the orchestra’s projects. 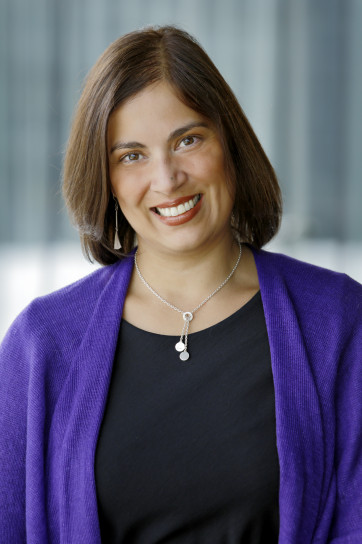 ResMusica: You have just recently been appointed general manager of the Helsinki Philharmonic Orchestra. Please tell us a little about your background and how you ended up in this position.
Gita Kadambi: I’ve done my Masters in Music both in Helsinki and London (Music Education, Sibelius Academy, Music Performance, London College of Music). I started my career as a Stage Manager (repertory) at the Savonlinna Opera Festival and the Finnish National Opera. After that I worked as an Assistant Stage Director and a Producer. In 2005 I started at the Finnish Radio Symphony Orchestra as an Orchestra Manager. From 2010 until 2013 I worked as an HR Manager (and later HR Partner) for the Finnish Broadcasting Company in Media and Creative Content.

RM: How would you say the first few months have been?
GK: They’ve been very intense! I’ve been welcomed very well into the orchestra and have sunk my hands in clay, as they say.

RM: What do you think are the special challenges facing a symphony orchestra in the second decade of the 21st century, and how is the Helsinki PO addressing these challenges?
GK: Like the cultural field on the whole, we are also challenged to keep our high audience numbers (the annual usage rate is 90 %, which is excellent). We need to make sure that a symphony concert is appealing to our public in the future as well. Therefore the Helsinki PO has a vast audience development program to ensure that the future audiences (i.e. children now) do not have a high threshold to attending concerts. Here are some concrete projects:
– Godchildren Projects (the first one 2000 – 2007, the second one 2012 – 2019)
– Junior Concerts: we invite schoolchildren to perform with the orchestra annually
– “Little Overtures”: before our concerts we have pre-concerts in the main foyer where children from different music institutes perform,
– School children are invited to our concerts and dress rehearsals free of charge with their teachers,
– Second Graders’ art projects together with Kiasma (Helsinki modern art museum).

RM: Finland’s other flagship orchestra is the Helsinki PO’s neighbor, the Finnish RSO. How do you think the two orchestras are different?
GK: Although our profiles have come closer to each other, we still have a fundamental difference. The HPO is more of a repertory orchestra. But of course, both orchestras perform a wide range of repertoire, as a symphony orchestra should.

RM: Stogårds’ predecessor, Leif Segerstam, is Finnish. At Finland’s other top orchestras (Finnish RSO, Lahti SO and Tampere PO), the current chief conductors are Finnish, and their predecessors have been Finns as well. While there is certainly no shortage of Finnish conducting talent, do you intend to look outside of Finland as well for Stogårds’ successor?
GK: We did have Sergiu Comissiona, who was not Finnish, as the Chief Conductor for a few years. But we’re not restricting our “search” to Finland only.

RM: The Helsinki PO has a very close association with Sibelius, having premiered most of his orchestral works. In 2015 the Finnish musical world will celebrate the 150th birthday of Sibelius.  Does the Helsinki PO have any special events planned for this occasion?
GK: Sibelius was the Helsinki PO’s composer-in-residence for 30 years, so this year is very important to us. At this point I can tell that we’re performing all of Sibelius’ symphonies and various other works by him. We’re also collaborating with the Finnish RSO, the Sibelius Academy and the Helsinki Music Centre. As for childrens’ projects in 2015, the HPO will collaborate closely with the City of Helsinki cultural department and department of education as well.

The Helsinki Philharmonic Orchestra is the oldest symphony orchestra in the Nordic countries and has been operating without a break since its founding in 1882. The orchestra is closely associated with Jean Sibelius, having premiered most of the composer’s orchestral works. The Helsinki PO’s recently appointed general manager, Gita Kadambi, speaks with ResMusica about her background and some of the orchestra’s projects.