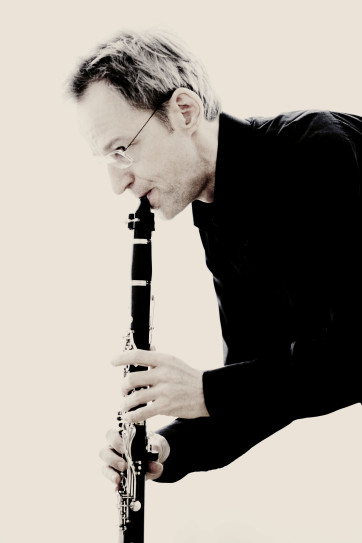 For such a small country, Finland can easily boast having at least four living composers with major international careers: Saariaho, Magnus Lindberg, Salonen, and Aho. Of these, Saariaho is arguably the most widely performed throughout the world. Saariaho’s clarinet concerto « D’om le vrai sens » was premiered in 2010 with the Finnish RSO in the acoustically inferior Finlandia Hall, and this evening’s concert gave Helsinki audiences another chance to sample this work in acoustically improved surroundings.

The program opened with Respighi’s orchestral suite, The Birds. Similar to the Ancient Airs and Dances, this work is reflective of the composer’s interest in music from previous centuries. Scored for chamber ensemble, The Birds showcases the composer’s prowess as an orchestrator, with particularly effective writing for harp, celeste, and woodwinds. While Respighi does create some playful sonic recreations of the birds represented in this work, the individual movements did tend to be excessively lengthy and thematically undistinguished.

Saariaho also took inspiration from the art of the past in her clarinet concerto, D’om le vrai sens. The concerto is based on The Lady and the Unicorn, a series of medieval tapestries representing the five human senses along with the elusive sixth sense. The work opens with the sense of hearing, where after a series of misty and otherworldly orchestral chords the solo clarinet is heard, but not seen. The soloist then gradually walks towards the stage during the next movement. A sense of performance art is incorporated into the concerto, with Kriikku’s physical theatrics and musical « interactions » with first desk woodwind players in the orchestra.

The fantastical and hypnotic images that Saariaho conjures throughout the work are a testament to her formidable skills as an orchestrator. Although the concerto attempts to represent six different senses musically, Saariaho firmly stays within her clearly recognizable musical style from movement to movement. As such, it is difficult to imagine the different senses while listening (with the exception of sight and sound), and the work did seem lengthy at times.

Regardless, Kriikku is a pleasure to watch not only for his virtuosity but also for his total commitment to the music. Although the concerto has its shortcomings, it is nevertheless a major statement from one of the world’s top composers.

After intermission, the Ave maris stella from Monterdi’s Vespers was performed in an arrangement for brass choir. A striking tonal flexibility was heard throughout, which was particularly notable for a work published in 1610.

Respighi’s Pines of Rome could be categorized to some extent as a work that plays itself. It is difficult to resist the rapturous nocturnal beauty of the third movement, and the final triumphant march (with offstage brass) is a guilty pleasure.