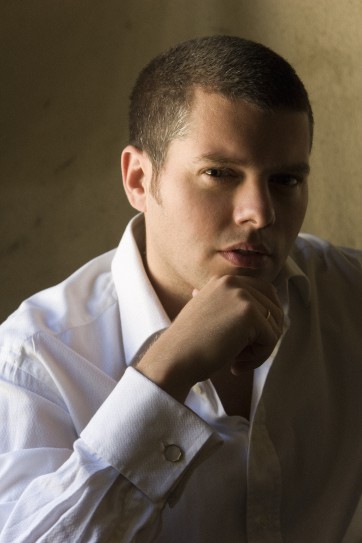 One of the most notable qualities of Bartók’s work as a composer is his successful integration of traditional folk musics into a conventional Western classical music aesthetic. In this evening’s performance, Bartók specialist Barnabás Keleman eloquently demonstrated these two sides in a selection of his countryman’s music for violin and orchestra. Shostakovich’s enigmatic Symphony No. 6 rounded out the program.

The first half of the program featured two of Bartók’s works for violin and orchestra. The  Rhapsody No. 1 was originally conceived for violin and piano, but has been turned into a mini-concerto with Bartók’s effective orchestration. The folk influence is immediately apparent from the work’s opening: a rustic, somewhat heavy-footed dance, spiced with grinding dissonances and major/minor clashes. The second movement is lighter, suggestive of a children’s game, but nevertheless interrupted with vulgar interjections from the soloist.

Written as a confession of love to the violinist Stefi Geyer, the Violin Concerto No. 1 is a more serious work when compared to the Rhapsody. The austere opening movement begins with a solo cadenza, later supported by first desk violins. The music progresses as an unbroken melody to a great climax, but somehow fails to take flight. Folk music makes a return in the second movement; Bartók playfully inserts dance tune fragments shortly before the work’s emphatic conclusion.

Kelemen’s performance provided clear evidence for his affinity towards Bartók’s music. His playing in the Rhapsody was appropriately gruff yet refined, assertive but without overstatement. His spare but focused tone was ideal for the opening of the concerto, adding just the right amount of warmth to the barren surroundings. With Keleman’s assured technical control and deeply characterful playing, it would be difficult to imagine any better performances of these works.

Shostakovich’s Symphony No. 6 is one of the composer’s more puzzling works in the genre. The three-movement structure consists of an opening Largo, dark and expansive, followed by two brief fast movements. The work ends with high spirits which are joyful if not banal.

The first movement alternated between dark meditation (led by extensive and meandering woodwind solos) and moments of bitter anguish. In a way, this music seemed to foreshadow the slow movements of the Symphony No. 7 and 8, but somehow lacked the dramatic tension or musical flow of the latter works. The middle movement contained some of the most exciting climaxes of the whole work, while the galloping music of the finale seemed boisterous almost to the point of being silly.

Despite Pietari Inkinen’s committed interpretation, the first movement still had a sense of aimlessness. Inkinen’s choice of a slightly more moderate tempo in the second movement was ideal; still exciting but with a clear sense of forward propulsion. Inkinen also chose a more moderate tempo for the final movement, which at times gave the music a heavy-footed quality. This was perhaps along the lines of the « false » celebration interpretation of the conclusion to the composer’s Symphony No. 5. The solo woodwinds of the Helsinki Philharmonic shone in the first movement, as well as the brass and percussion in the second.