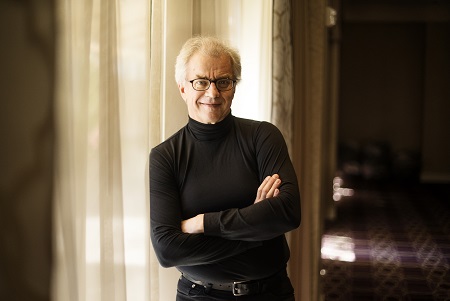 Osmo Vänskä began his career as an orchestral clarinetist, and served for several seasons as principal clarinet in the Helsinki Philharmonic. Since then, Vänskä has achieved fame as a conductor, particularly for his interpretations of Sibelius. Although Vänskä has returned to Helsinki regularly in recent seasons as a guest conductor with the Finnish RSO, over a decade has passed since his last appearance with the Helsinki Philharmonic.

The program began with the Lieutenant Kijé suite. In the first movement, one was struck by the carefully shaped and characterful playing of the many wind solos, in particular for piccolo and offstage trumpet. Brass fanfares were incisive and steely. In the second movement, Vänskä brought in a degree of needed warmth, particularly in the strings. The famous Troika movement benefited from Vänskä’s focused attention on color and orchestrational detail; this approach also ensured that the overlapping melodies in the final movement were distinct and clearly defined.

Prokofiev’s Piano Concerto No. 3 is a specialist piece for the pianist Behzod Abduraimov, the soloist in this evening’s performance. From Abduraimov’s first entrance not only was his deep affinity for the work immediately apparent, but also his intense concentration. His complete technical command over this fiendishly difficult work was never in question, and his effortless ability to move seamlessly from percussively brittle to delicately lyrical was impressive.

The program concluded with selections from Romeo and Juliet, arranged by Vänskä. Highlights of this performance included magical pianissimos after the massive, anguished chords in The Duke’s Command, a heavy and belligerent Dance of the Knights, precise percussion in The Death of Tybalt, and cold-steel brass chords in Juliet’s Funeral.

Vänskä is known as an extremely hard worker, particularly in rehearsals. The results of this approach were abundantly clear in this program; there was a sense of discipline and almost mathematical precision in each work. While this might have stripped away a little too much warmth from the orchestra’s sound, it was largely appropriate for the repertoire presented. This concert was easily one of the best of the current Helsinki Philharmonic season, and let’s hope that Vänskä will take much less than a decade to return to this orchestra. How about in Prokofiev’s Symphony No. 3 or Shostakovich’s Symphony No. 4?