Celebrating Sibelius in his city of birth 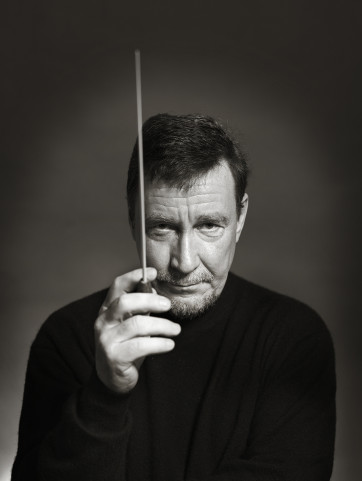 Okko Kamu paired the composer’s darkest and most introspective symphony with his most valedictory.

The Sinfonia Lahti has probably done more for Sibelius’ recorded legacy than any other orchestra in the world. The orchestra also hosts the annual Lahti Sibelius Festival, which is one of the main highlights of the Finnish summer concert season. It seems only appropriate that during Sibelius’ 150th anniversary year the orchestra presents a complete symphony cycle in Hämeenlinna, the composer’s city of birth. On this program, chief conductor Okko Kamu paired the composer’s darkest and most introspective symphony with his most valedictory.

The program began with the Symphony No. 4, the composer’s gloomiest essay in the genre. The bassoons and lower strings which opened the first movement were stern and imposing, almost frighteningly so. Principal cellist Ilkka Pälli’s lonely solo which followed was expressive but spare. Particularly memorable was how Kamu captured the movement’s meandering uncertainty; he seemed to pose more questions than answers.

Kamu’s highlighting of the bouncy strings in the second movement brought out Sibelius’ attempts at finding lightness amongst the serious surroundings, while the impending storm of the movement’s second half was superbly executed and truly threatening.

Kamu’s choice of the tempo in the third movement, the work’s emotional core, was questionable. Despite Sibelius’ tempo instruction of “Il tempo largo”, under Kamu’s baton the music felt more like “Moderato con moto”. At this tempo, the music seemed like a casual and detached observation of the composer’s deepest and most painful thoughts. Curiously, this approach gave the music a certain shimmering quality, which is not usually associated with this movement. Unfortunately, in comparison to Vänskä’s searingly intense (and considerably slower) performance on BIS with the same ensemble, one could not help but feel robbed of this movement’s incredible emotional impact.

The final movement was considerably more convincing. The superb brass playing added additional emphasis to the false sense of celebration, and Kamu’s coda perfectly captured the cold stoicism of the work’s conclusion.

In a country where transcendent performances of Sibelius are commonplace, this afternoon’s performance of the Symphony No. 2 could easily stand among the best. There was an immediate sense of confidence in the work’s opening; this was further aided by excellent ensemble in the strings and colorful woodwinds. While Kamu’s tempo in the second movement was a touch too brisk for my taste, he nevertheless captured the music’s darkly probing mood. The pianissimo strings after the assertive brass chorale was absolutely magical, and Kamu’s transition between the third and fourth movements was thoroughly satisfying. Throughout the piece, the Lahti brass played brilliantly, especially in the work’s final pages.

Kamu’s traversal of the symphony cycle concludes next month, with performances of Sibelius’ third, fifth, and seventh symphonies. There is still much to look forward to with these forces.