The Pettersson project continues: Christian Lindberg and the Norrköping Symphony 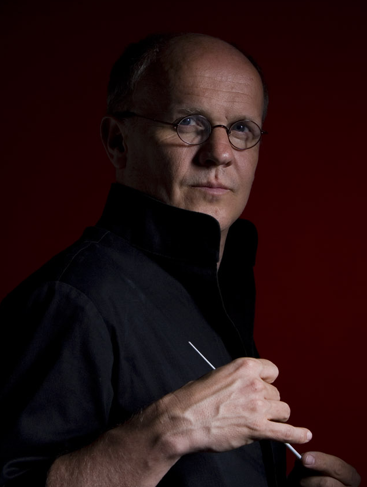 To play this music both passionately and convincingly is truly a massive achievement, and the Norrköping band under Lindberg’s direction have done it yet again.

One could argue that there are countless composers in the classical music universe who have been unjustly neglected. The reasons for this are many; the composer is too unfamiliar, the music is too difficult to play, too difficult to conduct, or too difficult for the audience to understand. Allan Petersson is perhaps the unjustly neglected 20th-century symphonist, and the reasons for his neglect could very well be defined by the precise factors mentioned above. The Norrköping Symphony Orchestra and Christian Lindberg have made it their mission to bring this composer to wider audiences, and this afternoon’s concert was a continuation of these efforts.

The program opened with Lindberg’s clarinet concerto, entitled The Erratic Dreams of Mr. Grönstedt. For the casual listener, music by living composers often comes across as academic and inaccessible collages of pitches and sounds. In this work, Lindberg appeared to be interested only in pure, unadulterated fun, and he succeeded magnificently in this regard.

The work opened with a barely audible bed of strings, perhaps representing a sunrise. Lindberg came back to this gesture repeatedly throughout the work’s clear episodes. Each episode was a vivid portrait of a dream: a devilish dance, a wild circus, a world where all is hazy and blurry.

Emil Jonason was the soloist in this performance, and it would be difficult to imagine anyone else in this role. Jonason’s performance embodied the music itself: theatrical, smoothly virtuosic, cheeky, and lyrical. Lindberg’s cadenza even called for Jonason to assume the role of not only clarinet soloist, but also speaker and clarinet mouthpiece soloist. Let’s hope that this fun and accessible piece makes it into the repertoire.

Allan Pettersson’s Symphony No. 14 is a considerably more accessible affair when compared to its predecessor, the massive and throughly uncompromising Symphony No. 13. Nevertheless, the Symphony No. 14 still places very high demands on musicians and audience, and thorough commitment from both sides is necessary to reap the work’s rewards.

Compared to the available recordings, Lindberg at times adopted a slightly broader tempo; this provided additional emphasis to some of Petterson’s more muscular gestures. The contrapuntally active opening was balanced more towards the brass, which provided a steady anchor amongst the scurrying background. The Norrköping strings played Pettersson’s lyrical episodes with heartbreaking beauty. Special mention goes to the careful pacing that Lindberg brought to the work’s second half, which tied together the diverse sections into a coherent whole.

To play this music both passionately and convincingly is truly a massive achievement, and the Norrköping band under Lindberg’s direction have done it yet again. Bravo.