Gergiev kicks off the complete Shostakovich’s symphonies in Paris 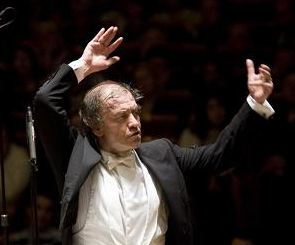 Valery Gergiev has returned to the marathon concert format that he first put together for the 2010-2011 season—back then it was for Mahler’s complete orchestral works— this time with a series of all of Shostakovitch’s concertos and symphonies over two seasons and eight concerts. The first two of those consisted of the alpha and omega of the symphonic corpus, with, sandwiched in between, the Piano Concerto no. 2 on the first night, and the Cello Concerto no. 2 on the second. Next season, two very dense series of three consecutive nights will be held to finish off this very copious cycle.

Who else than Valery Gergiev could take on the commitment to such an intense program nowadays? Be that as it may, there must inevitably be a few hitches in any project of such ambition, as has been witnessed during those first two evenings. Indeed, on the afternoon before the concert, the Mariinsky had to share rehearsal hours with the Orchestre de Paris, and thus Gergiev did not get to the end of his last run-through before 7:50 pm, which somewhat delayed the opening of the hall, and consequently the actual beginning of the concert. Is this the reason why we could feel, and even observe, a degree of restlessness among the musicians? The first seconds of the Symphony no. 1 were uncertain, lacking both clarity and resolution. Up until intermission at least, this unpleasant feeling would not vanish, and it returned again— albeit less intense— on the next day during the Symphony no. 3. Admittedly, the level of performance clearly got much better in the Symphonies no. 15 and 13. That was a relief, since these are among the best of the symphonic cycle.

Perhaps despite himself, Gergiev conveyed through his interpretation the differences in degree of inspiration and completion between Shostakovitch’s best symphonic works and the weaker ones. For instance, the « October »  and « First of May »  symphonies were strongly influenced by communism and consequently much less personal and interesting than the Symphony no. 1, and light-years away from huge successes such as Symphony no. 13 « Babi Yar » or the last Symphony no. 15. Gergiev managed to keep up appearances in the first movement, marked Largo, of the Symphony no. 2, which is quite modern in terms of tone and color, but could not save the last movement, which is very pompous and heavy – not to mention its impossibly ingratiating text – nor did he try on the next day to lighten the Symphony no. 3 (which celebrates the First of May), which became, as it proceeded, more and more exhausting through the finale, which includes a choir – a climax of breathless decibels, the only dynamics being f, ff, and fff. It was a relief when it ended, even if the Mariinsky choir, positioned behind the percussion at the same level, was beyond reproach.

However, we note with some regret that the restlessness mentioned above badly affected the Symphony no. 1, whose success rapidly promoted its composer to international fame. Sounding almost classical, this symphony by a young man of just twenty is much more typical of Shostakovitch’s most beautiful works than the next two. The work’s character was apparent in Gergiev’s interpretation, but through a cautious reading of the score. 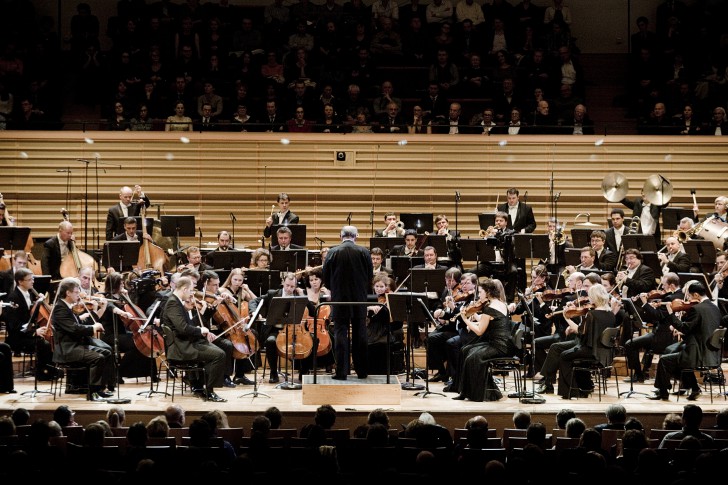 At the heart of those two concerts were two concertos, whose renditions— like the concerts as a whole— was uneven. The better of the two was the Piano Concerto no. 2, which benefited from a true meeting of minds between soloist and conductor, both of whom pushed the work forward and in the same direction. Both restrained their power, measuring out their effects in order to maintain the right tone and preserve the emotion of the Andante as well as the expressiveness of the two allegros. Denis Matsuev, however, threw caution to the winds with the crushing generosity of his rendition of Rachmaninov’s Prelude op.23,  no.5, played as an encore, with a spectacular, punch that was entirely superfluous. In a complete contrast, cellist Mario Brunello played the grave, mysterious Cello Concerto no.2 with great delicacy. He was not always persuasive, though, failing sometimes to find the right tone and blend with the orchestra.

But for once it was in the most eagerly awaited works that Valery Gergiev and his orchestra were at their best. First, in the Symphony no. 15 played « Russian style », Gergiev made the quotations of Rossini and Wagner sound as they were from Shostakovitch himself, whereas Western conductors tend to make those quotations sound like Rossini or Wagner. This « Russian style » tradition was clearly perceptible throughout the symphony. But it was the next day, with a more captivating « Babi Yar » symphony, that this first series of concerts reached its true zenith. The depth of the Mariinsky’s bass section was decisive here, as was Mikhail Petrenko, in an upstanding performance. However, it was the conductor’s interpretation that dominated, as Gergiev infused each of the work’s five movements with the surging emotion that it demands, all the while maintaining an exemplary coherence in the score as a whole. May the other concerts of the series remain at this level of excellence.