Audite won the “Label of the year 2013” at the International Classical Music Awards, has been established 40 years ago in Germany and has developed since as a major classical label in Europe. Ludger Böckenhoff, General Manager of Audite, tells more to ResMusica about its history and its projects, which may include stopping streaming altogether. 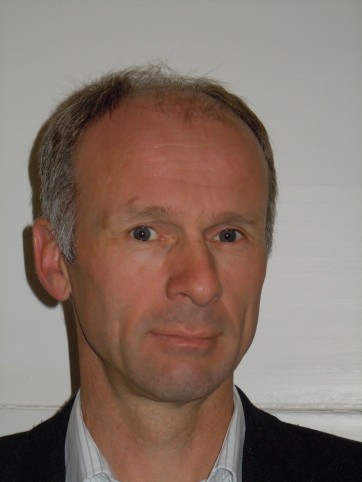 ResMusica :  You have won the « Label of the Year » of the International Classical Music Awards 2013, what does this award mean to you?
Ludger Böckenhoff : We feel very honored! Particular since the ICMA jury is independent and consisting of journalists with great expertise for classical music. The award encourages us to continue our work, which has gone on for 40 years during which the label grew steadily and consistently gained international reputation. The award honors all audite artists and of course the whole audite-team!

RM : Audite publishes both new recordings by artists and radio archives, how do you balance these two types of publications?
LB : Both fields are purposefully interwoven if possible, e.g. we just started the complete Beethoven String Quartets with the Quartetto di Cremona and present the complete Beethoven edition in the historic field with the Amadeus Quartet also. In addition, even without a direct link between productions new recording artists are being presented in succession of famous predecessors. The amount of new and historic releases changes each year, there is no fixed balance; but roughly it probably comes out mostly to ca. 60% percent historic releases and 40% new releases.

RM : What is your method for selecting archives and publish them?
LB : We are in contact with many radio archives, especially in Germany. With some we have a close co-operation, e.g. with the DLR, where freelance collaborators of audite search the archives for us. Decisive is in the end my personal judgment of the interpretive and technical quality of a recording and of the phonographic context: we are using the original master tapes, which ensure an extremely high technical quality. Also, most of our historic productions consist of previously unreleased material. If it was released before it is usually in much lesser quality because only private copies of poor technical quality were used. If the same repertoire was already released in decent quality before I always make sure that the audite release provides a substantial alternative in terms of musical content.

RM :  In what condition do you find these tapes? What treatment do you apply to them to get an optimal sound quality?
LB : The quality of the tapes of course differs but mostly it is excellent since we are using the original mater tapes. Many tapes are in 76 cm/sec which ensure the highest quality even if we speak about recordings of the early 1950’s. In addition, these tapes were conserved professionally in official archives. A really relevant factor for the tape quality is the age of the tapes: In the early 1950’s there was a general extreme rise in quality in the recording field.
As far as the remastering is concerned I always choose carefully what I do and what I do not. The goal is to achieve the best sound quality but also to preserve the documentary value of a recording. The most important and common correction concerns the pitch of recordings of the early 1950’s which results in changes of tempo and length. I carefully apply noise and click reduction and always use assembly techniques in between movements to even out the background noise. Seldom have to adapt the sound. Within the field of sound corrections an exception is adding reverb. But the aim in doing this is to improve the historic idea of the sound and not to adapt it to our present listening preferences.

RM : This year you will celebrate the 50th anniversary of the death of the conductor Ferenc Fricsay. Many of his recordings are already on your catalog. Can you tell us more about his leadership and his importance in the musical life of Berlin?
LB : Being a conductor of Austrian decent Ferenc Fricsay mainly worked in Hungary, Austria and Germany. He made his debut in Germany in 1948 at the Städtische Oper Berlin and also with the Rundfunk-Sinfonieorchester Berlin, the Berliner Philharmoniker and the RIAS-Symphonie-Orchester. In September 1949 he was appointed General Music Director at the Städtische Oper Berlin and Chief Conductor of the RIAS-Symphonie-Orchester which then was only two years old. Ferenc Fricsay was a sort of counter-concept to Wilhelm Furtwängler who shaped the musical life in Berlin after the war as well. Other than Furtwängler Fricsay strictly followed the score, he took much less liberty in rhythm, choice of tempo and so forth. Thus his interpretations reveal a different, if you want somewhat more “original” side of music. He combined extremely energetic conducting with personal detachment. His wide choice of repertoire introduced composers to post-war Germany that nowadays are part of the classical canon such as Bartók, Schönberg etc.. Fricsay was extremely important for the post-war cultural life in Berlin. He had lasting impact on the RIAS-Symphonie-Orchester which he led to international reputation.

RM : What are your next projects regarding historic recordings?
LB :  In a short future we will publish a box with the Beethoven complete string quartets by the Amadeus Quartet. We have also a project with the early years in Berlin of Sergiu Celibidache.

RM :  Which are your best markets today, and will this list change significantly in the coming years?
LB : The markets differ depending on the repertoire, sometimes even very much. Beside this, generally speaking important markets for us are Japan, the US, Germany and the rest of Europe, but don’t see any priorities in this listing.

RM :  Audite is recognized for the high editorial quality of its  albums. The physical sales decrease while online sales increase. How do you reconcile the two?
LB : Actually I do not consider this a conflict. Both fields are still active and I consider online sales a welcome addition. The only exception is streaming where you have to be very careful because of the low returns.

RM : Indeed audio streaming is taking off and becomes a major trend. How do you see this development as many publishers are panicking given the low revenues it generates?
LB : We are very concerned about this development, too. It is very simple: Quality has to have its price and this is not ensured with streaming. Right now we are considering stopping streaming altogether. Instead we are looking at presenting high definition downloads where the balance of quality and revenues is much better.

Audite won the “Label of the year 2013” at the International Classical Music Awards, has been established 40 years ago in Germany and has developed since as a major classical label in Europe. Ludger Böckenhoff, General Manager of Audite, tells more to ResMusica about its history and its projects, which may include stopping streaming altogether.