Valentina Lisitsa is the most popular pianist on YouTube, with more than 60 million views of her more than 200 videos, and 100.000 subscribers to her channel. Such a success inevitably raises a number of questions: what is the recipe of such popularity? Is this success only virtual or does it lead to live concerts ? Is Krystian Zimerman wrong when he cancels a concert and blames YouTube? Can you build on career on free music? ResMusica met Valentina Lisitsa when she was in Paris this summer, and she answered these questions – and some more – with a frankness and candour that are usually the privilege of musicians above 70. 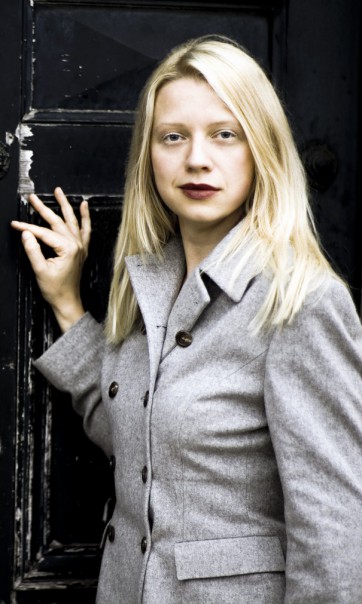 “I don’t count my time, I don’t have a private life”

ResMusica: Universal France promotes you as “the pianist 2.0”, which means a pianist which interacts with her audience. Do you like it?
Valentina Lisitsa: I saw that! In London for some reasons they promoted me as the “Justin Biber of classical music”. I was first amused, and then horrified. We may have the same career, but do they expect me to carry a monkey? “Pianist 2.0” is much better!

RM: How much musical institutions understand what it means to interact with the audience online?
VL: They learn with me actually. For example, there was my concert at the Royal Albert Hall in June 2012: the producer was honest, he did not care of the playing, he wanted to release the album immediately after the concert on iTunes. We organized a vote before the concert, so the audience would vote for the music they want to listen to. I selected the works from the list on YouTube. It turned to be a problem for iTunes! It was the first time they were doing an immediate release for classical music, and they needed to know in advance the works I would play on that night, the titles, the duration. We could not give them this information in advance, because we had to wait for the result of the vote, it was a learning process.

RM: You regularly ask the audience to vote for the works they want to listen to during the concert. How did you come with this idea?
VL: The first time really was at the Royal Albert Hall. And it was also my debut in London, with 5000 people who knew me from YouTube, coming from different countries to this ridiculously huge hall, and with hundreds of thousands of people on YouTube. The Royal Albert Hall did not have a problem with organizing the vote as they host different kinds of music.

RM: Other concert halls have difficulties to organise a vote? What is the problem?
VL: In classical music, they are so conservative, they want to know programs in advance. I want to propose the public to choose. In a club atmosphere [Valentina Lisitsa played at the Batofar in Paris on 26th June], it’s not a problem. At the Berlin Philharmonic Hall, I wanted to propose two programs, but they could not manage to offer the choice on their website. At the Rheingau Musik Festival this summer, they said they know how to organize the vote, but they ask people to send postcards. Why postcards? Why not sending pigeons!?

RM: So you are the “pianist 2.0”, and your videos have been watched 60 million times on YouTube. How do you engage with your fans?
VL: I do it myself, I don’t have someone to manage my community. I don’t count my time, I don’t have a private life. I have a webcam on Lifestream, where you can see me practising. They can see how hard this job is demanding. “You don’t have to do this” people tell me, but I am committed to my fans. I did not expect this success.

RM: Have you been always like that? Is this high level of interaction natural for you?
VL: I taught it myself. When I was young I was very shy, at school I was mute. I crossed over the barrier and then it was easy.

RM: In Essen earlier this year, Krystian Zimerman interrupted a concert because of someone in the audience recording him on camera. “And now I am on YouTube”, he said. What do you think of his attitude.
VL: I feel obligated to smile. Zimerman is a fantastic artist, I have huge admiration for him but he has to admit he has a problem. Glenn Gould succeeded by being recluse, there is nothing wrong with that. When you can’t concentrate to find the magic of creation, when you try to be in communication with God and you don’t, it’s like when you can’t sleep and when any little sound annoys you. He blamed this person for his problem of concentration. He says YouTube kills classical music and his team takes videos off from YouTube, but the official recordings are on YouTube. Blaming YouTube is a press strategy and this story is a disaster because the audience was innocent and they got punished because of one person.

RM: What makes YouTube a good way to develop your career?
VL: My life is concentrated on playing music for the audience, and YouTube let me find my audience. It’s democratisation of music. Big cities like Paris are spoiled with a large choice of concerts, but when developing countries had to wait two years before a CD was released, music was inaccessible. I have visitors from India, Brazil, even Iran a country where I will not go. It is infectious, I don’t do it for business, you have to do it for music.

RM: Some people seem to be jealous because of the development of your career through internet, how do you feel about that?
VL: The music establishment is envious, I have seen resistance from the beginning. When they started to realise 3 or 4 years ago what I was achieving, they tried to be dismissive. Even recently one comment was that I was not able to perform live. The concert at the Royal Albert Hall was the moment of proof.

RM: This concert had been very important for you…
VL: It was on 19th June 2012, and it was the birthday of my third life. My first life was in Ukraine, my second was when I got the US citizenship.

RM: What would be your advice to young people who want to become professional musicians?
VL: You have to love music so much that you cannot not share it with people. If you feel like that, the fastest way for your career is to play for people, for family, play outside, play for yourself. The opposite side of the coin is that you should not try to please people.

RM: In an interview you gave to ResMusica in 2009 (interview in French), you said that the best piece of advice you could give was to play Rachmaninov while listening to his recordings, like a karaoke. Would you still say so today?
VL: Yes, and not only for Rachmaninov. Choose your favourite pianist, it’s a free course! There is no risk of losing your personality because at some point you put the recordings aside.

RM: You are dangerous for the business of teaching!
VL: Not necessarily, there is no border for free music. In Belem in Brazil, there is a school for poor children. The teacher never went to conservatory, and kids are playing the piano on a table. You can also watch a garbage orchestra on YouTube, it’s amusing!

RM: As a blond Ukrainian woman, did you have to deal with sexism?
VL: It was my problem n°2. I was treated as a gorgeous Russian pianist and for playing concerts after competition I had to fight over undressing, to refuse lavish dresses and sophisticated hair dressing. I am known for dressing horribly!

RM: What do you think of Ioula Tymochenko, the former Prime Minister now in prison?
VL: I am sure she is guilty of something, and she is persecuted at the same time. She has a very humble background in a very patriarchal and conservative society, I have some admiration for her.

RM: Do you plan to come back to Ukraine, to perform in your home country?
VL: No prophet is accepted in his own land, people in Ukraine are envious for people who have escaped. I left the country in 1997 and the country is like a different planet now. I never studied in Moscow but this is where my motherland is. I don’t seek to go back for a triumphal concert in Ukraine, but I would want to do some regular concerts.

Valentina Lisitsa is the most popular pianist on YouTube, with more than 60 million views of her more than 200 videos, and 100.000 subscribers to her channel. Such a success inevitably raises a number of questions: what is the recipe of such popularity? Is this success only virtual or does it lead to live concerts ? Is Krystian Zimerman wrong when he cancels a concert and blames YouTube? Can you build on career on free music? ResMusica met Valentina Lisitsa when she was in Paris this summer, and she answered these questions – and some more – with a frankness and candour that are usually the privilege of musicians above 70.