From L’Italiana in Algeri in 1969 to Elektra in 2013, Patrice Chéreau’s appearances on opera stages were rare but they were all milestones in the history of opera staging. 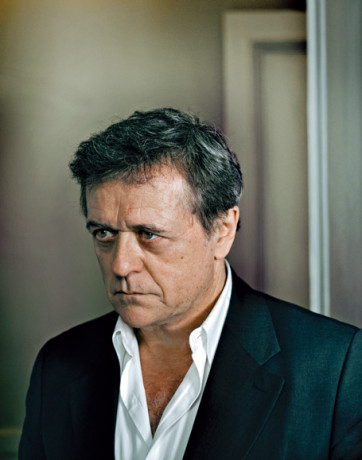 No one could have guessed, attending Elektra last summer at the Aix-en-Provence festival, that it would be Patrice Chéreau’s swan song. Lung cancer finally took him from us on Monday, October 7.

Chéreau was a surprising person, surfing on the waves of May ’68 to reassert again and again his left-wing engagement, his homosexuality, and his fight against intolerance. A natural heir to Berthold Brecht, Antonin Artaud, Orson Welles, and Jean Vilar all at once, he managed the exceptional feat of marrying intelligence with popularity. Who has not seen his film La Reine Margot (with almost 2 million cinema admissions)? What music lover has not seen at least extracts from his legendary Centennial Ring? Under his direction, the Théâtre des Amandiers in Nanterre won a nationwide reputation and opened an acting school that rivals the Conservatoire in quality. When Chéreau arrived in Paris in May 1968, Chéreau was no mere beginner in suburban drama: he had already managed the Théâtre de Sartrouville at the young age of twenty-two, and made a name for himself through his choices of plays, making their political content even more potent through his direction. While Bernd Alois Zimmermann was premiering his opera Die Soldaten, Chéreau was directing the original play by Jacob Michael Lenz upon which it is based. The story of a well-born girl who becomes a prostitute for soldiers under the blind gaze of her father was in phase with the agitation of the late sixties and made him the young director of the moment.

Pierre Boulez noticed Chéreau’s work in Sartrouville and in Villeurbanne (where he co-managed the Théâtre National Populaire from 1972 to 1986), and he gained international recognition at thirty-two when he received an offer to direct the Ring cycle for the hundredth anniversary of its premiere, in Bayreuth. At the time, Chéreau’s operatic experience was limited to Rossini’s L’Italiana in Algieri at the Festival dei Due Mondi in Spoleto, directed by Giancarlo Menotti. Rehearsals were difficult: the documentary on the DVD reissue of this legendary show presents singers who are still unfamiliar with Chéreau’s brand of expressionist theater. At the end of Das Rheingold, when Wotan leads the unwilling gods toward Walhalla, with Loge appearing as the curtain falls, it was a scandal: the Rhine turned into an abandoned dam, the maidens into harlots, Loge into a wandering Jew who plots the whole drama behind the scenes, with the decadent gods unable to do anything to forestall the tragedy. This was unbearable to Bayreuth regulars. But what had Chéreau really been doing, with Boulez and Wolfgang Wagner’s blessing? Inheritor of the festival, Wagner wanted to give it a breath of fresh air by inviting some of the most promising directors in Europe: Götz Friedrich, Heiner Müller, Peter Hall, Jean-Pierre Ponnelle, among others. Patrice Chéreau was not an illogical choice in that context, and Wagner’s strategy turned out to be a rewarding one in the end.

While Boulez slimmed down the music by strictly observing Wagner’s expressive nuances, lightening the effects of the orchestration and “deromanticising” the score (much to the musicians’ annoyance), Chéreau was busy highlighting Wagner’s subtext. Far from celebrating the new man incarnated by Siegfried, victim of human cupidity, the director drew from recent history—the period from Wagner’s death to 1945—to give new, contemporary dimensions to the characters. The abandoned dam? The misshapen Nibelungs, dressed as miners? This was all a legacy from the Industrial Revolution, the cause of dehumanisation according to Chéreau, in a Wagnerian perspective. Siegfried is “the good worker,” happy, born from the earth, who gains access to the bourgeoisie thanks to his marriage, but dies from it. Dressed as a wandering Jew, mistreated by Wotan, Loge is the personification of Wagner’s antisemitic writings—still taboo nowadays. Goodbye, all you Siegfrieds clad in animal skins, all you Rhine Maidens dangling from the arches. Gwyneth Jones (Brünnhilde) was Chéreau’s strongest supporter, and one of the members of the cast who threatened to quit if his ideas were not followed through, which was enough to quench all misgivings. The boos of 1976 were followed by more than an hour of applause after the fifth and latest revival of the production in 1980. A page had been turned.

The alliance of Chéreau and opera was not a very productive one. He was first and foremost a man of theater and cinema. In opera, responsibilities are shared with the conductor; while the text can survive radical new interpretations, the music cannot. Also, many libretti are inept on a dramatic level. All these reasons explain why Chéreau’s appearances in opera were so far and few between: his productions required a powerfully dramatic and perfect fusion of opera, director, and conductor. Boulez was an ideal collaborator. During the Bayreuth adventure, the conductor-composer asked the director to consider a new adventure: the world tour of the full-length version of Alban Berg’s Lulu, completed by Friedrich Cehra. On February 24, 1979, the much-anticipated production, with Teresa Stratas in the lead, was a new triumph—sadly, no footage of it is currently available commercially. Chéreau worked on another operatic production at the same time as the Ring, at the instigation of another reformer, Rolf Libermann: Les Contes d’Hoffmann, which premiered at Paris’ Palais Garnier in 1974 and remained in repertory until 1980. Once again, there is no video documentation available. Chéreau increased his pace in the eighties and the nineties: Lucio Silla (conducted by Sylvain Cambreling) in Milan, Brussels and at the Amandiers, Wozzeck (conducted by Daniel Barenboim) at the Châtelet, in Berlin and in Tokyo, and Don Giovanni (again, with Barenboim) in Salzburg. Then there was nothing between 1996 and 2005, before a lukewarm Così fan Tutte (conducted by Daniel Harding) in 2005 in Aix-en-Provence. Barenboim called Chéreau back for the opening of the 2007/08 season at La Scala with Tristan and Isolde. However, it was the festival in Aix that offered him his two last operatic productions, both great successes. First, Janáček’s From the House of the Dead, which marked his reunion with Boulez and was picked up all over Europe (Vienna, Milan, Amsterdam). For the last shows, Boulez turned over the conducting to Esa-Pekka Salonen. Thus, a new duo was born, which in turn gave birth to Chéreau’s Elektra. This other “opera of cruelty,” postromantic and expressionist, was to be the last legacy of its director, whose operatic career ended on a triumphal note.

From L’Italiana in Algeri in 1969 to Elektra in 2013, Patrice Chéreau’s appearances on opera stages were rare but they were all milestones in the history of opera staging.