The European tour of the São Paulo State Symphony Orchestra in October 2013, which started in Paris, is the most ambitious it ever performed. In 20 days, it will appear in 15 concerts in 13 cities of 6 countries, and for the first time in the Berlin Philharmonie, Royal Festival Hall and Salle Pleyel. The two other main tours in the region took place in no later than 2010 and 2012, and included other prestigious halls such as the Concertgebouw and the Musikverein. ResMusica met Arthur Netstrovski in Paris to understand what fuels the recent but intense development of this orchestra. 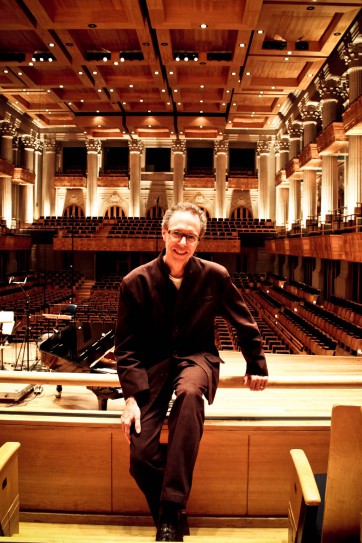 « We are very much part of your world !»

ResMusica: What caused the energetic development of the São Paulo Symphony in the last decade, with conductors such as John Neschling and recently Marin Alsop?
Arthur Nestrovski: This European tour celebrates the 60th anniversary of the orchestra. It had a lots of ups and downs – mostly downs – until 1997. Then John Neschling became music director and chief conductor and this was a revolution. I would say the real beginning came in 2005 with what we call “social organization”, a model created by Fernando Henrique Cardoso the President of Brazil in 2002. Following this model, the State delegates the management of services which are deemed essential but where he has no experience. A foundation was established to manage the orchestra, and it signs a 5 year contract with the State. The budget and activities are rigidly scrutinised, and the orchestra has a visibility of 5 years to build and develop its activity. Mr Cardoso himself is president of the foundation since 2005.

RM: Where is your funding coming from?
AN: We have a budget of 33 million € in 2013, which is not huge but enables us to run a number of activities. 58% is funded by the State of São Paulo, and the rest is coming from tickets, renting the hall, sponsors and donors. This enables us to invite high profile soloists from Brazil and internationally. Just to mention French artists, Nathalie Stutzmann is our artist in residence this year and Jean-Efflam Bavouzet who will be in 2014, Jean-Yves Thibaudet and Yan Pascal Tortelier are performing with us. The currency has been strong enough in the last 3-4 years to help us do that.

RM: Under John Neschling, the orchestra started to record with labels such as Bis, Chandos and Naxos, and ResMusica awarded a “Clef d’Or ResMusica 2009” for the 7 CDs box featuring the complete Choros and Bachianas Brasileiras by Villa-Lobos. What projects are you developing?
AN: We have just announced we will start record on Decca, works by Villa-Lobos conducted by Marcelo Lehninger – a 32 years old star and other Brazilian music conducted by Marin Alsop. Marin will continue her complete Prokofiev on Naxos, and the complete symphonies by Villa-Lobos on Naxos.

RM: What are the objectives of your European tour?
AN: We want to be reviewed by the media, and for two reasons. The first is to be part of the international scene, get the artists to play with us. Soloists come to us for various reasons including this entourage. This is strategic. We are far away from the main musical centres, we need to give them an incentive. The second reason is for our legitimacy in Brazil, to show we have access to such places and people. This tour was planned two years in advance, and I have been the artistic director for four years. I did not start from scratch.

RM: Your musicians are quite international as well…
AN: One-third are foreigners coming from 17 countries. The orchestra is a melting pot like São Paulo.

RM: What is your repertoire?
AN: First, for Brahms, Beethoven, Schumann, Mozart, we are the reference in our own context. Second is XXth century music. Third, Brazilian music, if we don’t do it, who will? And the fourth is contemporary music. We don’t only have the orchestra, we have a chamber orchestra, a choir of 55 singers, a string quartet, we host recitals, we have an academy of 20 young instrument players and 20 singers since 2006 – 4 of them joined the orchestra. We perform 3-4 concert per week, with the hall filled 80% with subscriptions. For the first time in 2012, we organised a winter festival in July, Campos do Jordão, which is our Tanglewood. We also have a publishing house which publishes 6 new works per year from Brazilian composers. We also co-commission works from international artists, such as John Adams or Marc-André Dalbavie.

RM: Does the orchestra develop a Brazilian specificity?
AN: What makes it a Brazilian orchestra is the encyclopaedic type of our work. In Latin America, there is nothing of same size and stature. We are an international orchestra, we are very much part of your world.

RM: How do you see the future of classical music?
AN: The format of concerts will change, there will be more outreach programs, maybe more outdoor, later in the evening or in the afternoon, more digital concerts – we have done it 5 times so far – I don’t expect the repertoire to change much. And we take care of the new generations as well, we have 120.000 children and teenagers attending our concerts every year!

RM: What is your dream, when it comes to classical music?
AN: I wish people come to classical music theatres as they go to the movies, to listen to the new authors, and on occasion go to the classics. Classical music is the only art where people only listen to the old works. For our European tour, we proposed many things but the 5th Symphony by Prokofiev was as far as we could go. We proposed the Sinfonia by Luciano Berio and it was only accepted in one place, in London.

RM: What are the composers we will listen to in 20 years from now, as we do today for Prokofiev or Shostakovich?
AN: I would say Kalevi Aho, Magnus Lindberg, Thomas Adès, John Adams, Anna Clyne. In Brazil you have talented composers whose music is borderline with popular music, such as Clarice Assad and André Mehmari. I also think of Enrico Chapela, from Mexico.

RM: There have been lately some controversial statements from different high profile conductors in France and Russia about the capacity of women to have a career as conductors. Did Marin also had to face similar perception issues in her endeavour with the Sao Paulo orchestra?
AN: Not at all. It’s hard to believe that gender should still be an issue at all, in so many places, in this day and age. Brazil’s president is a woman, and the former mayor of São Paulo is female. São Paulo is a cosmopolitan and open city, and we are very proud at the São Paulo Symphony Orchestra to have Marin Alsop as our chief conductor — not because she is a woman, but because she is a great conductor, and an inspiring figure to all of us. She came in September 2010 for the first time for Mahler’s 7th. She was supposed to come just for once, but on the second day we were already discussing doing projects together. A few months later, she was appointed as principal conductor of the orchestra, starting in 2012!

The European tour of the São Paulo State Symphony Orchestra in October 2013, which started in Paris, is the most ambitious it ever performed. In 20 days, it will appear in 15 concerts in 13 cities of 6 countries, and for the first time in the Berlin Philharmonie, Royal Festival Hall and Salle Pleyel. The two other main tours in the region took place in no later than 2010 and 2012, and included other prestigious halls such as the Concertgebouw and the Musikverein. ResMusica met Arthur Netstrovski in Paris to understand what fuels the recent but intense development of this orchestra.