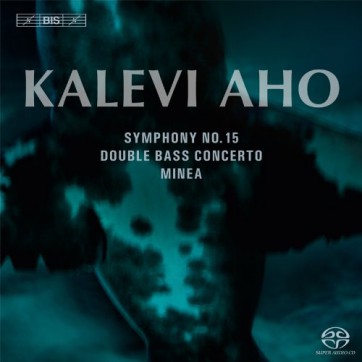 After Osmo Vänskä became music director of the Minnesota Orchestra in 2003, it was not unexpected that he would commission a work from Aho. The composer writes that he was asked to provide a piece of approximately 15-20 minutes in length, would be suitable as an opener for tour programs, and should feature every member of the orchestra.

Minea is the result of this commission and is part of the composer’s series of works exploring non-Western musical traditions (other works include the Symphony No. 14 and the Oboe Concerto). Woodwinds play a prominent role in the work’s opening, which consists of an emphatic gesture of a rising second, followed by improvisatory, melismatic runs. Following a series of impressive orchestral waves, the second section of the work is introduced, led by quiet and hypnotic percussion. Aho then builds up to another series of climaxes, leading to the final section of the work, which is a rapid, exciting dash to the finish, brilliantly showcasing Aho’s mastery of the orchestra.

While Minea is a largely effective work, one could argue that the first two sections are unnecessarily lengthy. Perhaps Aho just wanted to enjoy the sound world which he was creating, or maybe he wanted to ensure that every section of the orchestra had sufficient material. As expected, Vänskä is thoroughly confident with Aho’s music, and his ability to pull out even more sound in the final wave before the conclusion is particularly impressive.

As of this writing, Aho has composed at least 20 orchestral works which feature a solo instrument or a group of solo instruments. He has not shied away from instruments typically neglected in the concerto repertoire, such as contrabassoon, saxophone quartet, and even theremin.

Aho states in the liner notes that composing a concerto for double bass is challenging in that the instrument is large and cumbersome and can be easily overwhelmed by the orchestra. Listening to this work it is clear that Aho was completely fearless in tackling these challenges, providing a solo part which is virtuosic, exploits the full range of possibilities on the instrument, and is clearly audible against the orchestra.

However, the very nature of the instrument in such a solo context may have set up Aho with an impossible task. Unfortunately, the most convincing parts of this work are when one forgets that the work is a double bass concerto and the soloist is more integrated into the orchestral fabric. For example, listen to the central section of the third movement (curiously reminiscent of the second movement of Barber’s Symphony No. 2), the pitched percussion of the fourth movement, evoking a starlit sky, and work’s conclusion, which could be a middle eastern percussion ensemble playing the conclusion to Shostakovich’s Symphony No. 15.

The performance is nevertheless excellent, with Eero Munter (the work’s dedicatee) handling the work’s challenges with apparent ease, while Jaakko Kuusisto provides a confident and appropriately restrained orchestral backdrop.

The most problematic work on this disc may be the Symphony No. 15, which seems to suffer from the same drawbacks found in Minea, but without the excitement of the latter work. The symphony opens promisingly: dense but luminous string clusters followed by glittering, sparkling percussion. Later in the same movement, Aho uses the brass to recapitulate the opening string clusters, which is particularly effective. The third movement also features some of the best moments in this work, with its tinkling, dreamy percussion offset by a probing bass line in the lower strings.

In this work, as well as Minea and the Symphony No. 14, Aho has a tendency to employ his non-Western percussion ensemble quite extensively to create a soft and steady rhythmic underpinning. However, once Aho settles into this rhythmic groove, the music tends to wander somewhat aimlessly. While Aho builds these sections up in the Symphony No. 15 to some impressive orchestral waves, there is a surprising lack of tension or anticipation leading up to these climaxes. This problem was clear in the second and fourth movements, and are an unfortunate detriment to the work as a whole.

Overall, this disc has excellent sonics and committed performances, both expected from this source. While Minea is an exciting work by one of Finland’s many orchestral wizards, the rest of the program is probably reserved mainly for Aho enthusiasts.