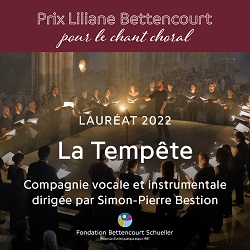 Oramo’s Helsinki appearances as guest conductor are eagerly anticipated and watching Kopatchinskaja’s energetic and fearless playing is a visceral experience.

In the case of Sakari Oramo and the Finnish RSO, it seems that absence truly makes the heart grow fonder. Since the conclusion of his tenure with the Finnish RSO in 2012, Oramo’s Helsinki appearances as guest conductor have been eagerly anticipated. On this evening’s performance, Oramo led his former band in a diverse program of Ravel, Bartók, Sibelius, and Strauss. Based on the results, it was clear the chemistry between Oramo and the orchestra has remained intact.

The program opened with Ravel’s Tombeau de Couperin. Originally conceived as a set of piano pieces, Ravel’s orchestration nevertheless sounds completely idiomatic, and as expected for Ravel, colorful and polished. Oramo’s excellent performance featured many highlights: a seamless integration between woodwinds, strings, and solo horn in the opening Prelude, a wonderfully smooth, « clumsy » lilt of the Forlane, and an effective buildup to the climax of the Menuet.

Bartók’s Violin Concerto No. 2 is a major statement of almost 40 minutes. Typical of the composer’s late style, the work features both broad lyricism and rustic, folk music-inspired elements. The soloist in this evening’s performance was Patricia Kopatchinskaja, one of Oramo’s regulator collaborators.

Kopatchinskaja is an artist who goes beyond simply playing the notes; she physically embodies the music. With Bartók’s Violin Concerto No. 2, such a passionate approach emphasized, or perhaps overemphasized, the different expressive worlds in this work.

In the more virtuosic and rustic passages, watching Kopatchinskaya’s energetic and fearless playing was a visceral experience. Although this seemingly wild playing occasionally came at the cost of intonation and clarity, a more cautious and note-perfect approach probably would have robbed the music of the effect that Bartók intended.

Nevertheless, Kopatchinskaya is also capable of playing with great delicacy. In the opening of the second movement, Kopatchinskaya’s gossamer tone and sotto voce playing were ideal for the serene nocturnal surroundings.

Sibelius’ composed The Dryad around the same time as his Symphony No. 4. Similar to the symphony, The Dryad opens with a sense of foreboding. However, the music soon emerged from darkness and explored sunnier landscapes. As expected, Oramo and the FRSO were completely at home in this music, and beautifully captured all the worlds contained in this brief work.

The closing work on the program was Strauss’ Death and Transfiguration. Oramo’s precise « heartbeat » rhythm and haunting lower strings provided an appropriately atmospheric introduction. The ensuing struggle with death was vigorous if not exactly delirious, and the reflections of the protagonist’s youth were both full of innocence and swagger. The massive buildup to the « transfiguration » moment was particularly satisfying.