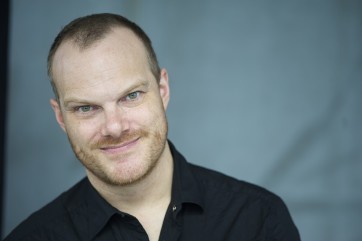 Without a doubt, this was one of the great En Saga performances.

It has certainly been a busy year for Finland’s favorite musical son. Although Sibelius’ is a regular fixture in the Finnish musical scene, this year has seen Sibelius-admiration taken to the next level (and beyond). Numerous complete symphony cycles, several competitions, books, a new documentary series, examinations of obscure works, seminars, museum exhibitions, you name it–if it has to do with Sibelius, it happened in Finland this year. It seems only appropriate that the Helsinki Philharmonic, the orchestra most closely associated with Sibelius’ music, concludes this celebratory year with a concert on the great master’s birthday.

The program began with the early tone poem En Saga. Right from the start it was clear that this would be a memorable performance: the opening string atmospherics were both misty and clear; the dissonant woodwind chorales that followed were pungent and doleful. Storgårds paid careful attention to the unique character of each of the work’s sections, aided by some magnificent string playing, in particular from the violas. The work’s Tchaikovsky-esque moments were truly exciting and marked by magnificent and assured brass playing. Without a doubt, this was one of the great En Saga performances.

Curiously, Beethoven’s fifth piano concerto was next on the program. Perhaps the Helsinki Philharmonic wanted to bring in a big-name soloist for the festivities, but decided not to program Sibelius’ Violin Concerto, which was already performed in its entirety six times during the previous week for the international Sibelius violin competition.

Regardless of the choice in programming, watching Lars Vogt perform Beethoven is a special treat. Right from the opening flourish to the concluding rondo, Vogt’s playing was stately and majestic, but never heavy-handed or histrionic. The second movement featured some extraordinarily delicate and gentle playing, while the virtuosity that Vogt brought to the outer movements flowed effortlessly and joyfully.

Just about every Finnish soprano on the world stage has made Luonnotar>their own, and Soile Isokoski is of course one of the great interpreters of this masterpiece. I personally found Isokoski’s performance leaned more towards the dramatic rather than the lyrical, although this was balanced by her deeply probing interpretation of the work’s final pages. Not surprisingly, she was in full command of the fearsomely treacherous solo part.

Sibelius’ Symphony No. 7completed both the program and Storgård’s year-long survey of the symphonies. The opening section was broad and unrushed–as if every note was to be savored and relished. While this approach allowed one to even further appreciate the pure beauty of this music, at this tempo a certain sense of strain and tension was created. This performance seemed to relish the profound inner logic of this work, rather than the more familiar outer beauty.