Piotr Beczala, the Polish tenor with a French connection 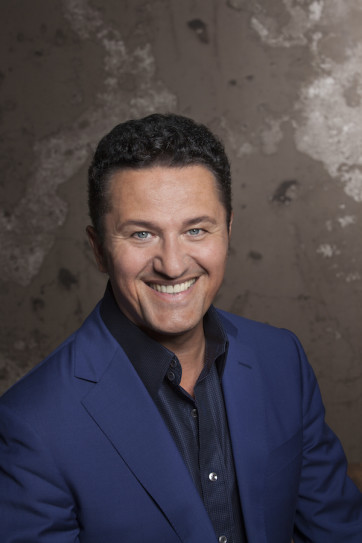 Piotr Beczala is Werther this month on the Bastille stage, one of his signature role. Interview with a true promoter of the French romantic opera, who is not in need of projects, such as put on stage The Haunted Manor, the most important Polish opera of the 19th century, or opening a school for singers which would not overlook the psychological dimension that is so important to their art.

ResMusica: You have a special connection with the French repertoire. How do you explain that?
Piotr Beczala : Werther, Roméo et Juliette, Manon, Faust are classics, all for lyric tenor, and my favorite repertoire. I sing it every season; it fits my voice and is very healthy for it. Italy has so many operas of course, but you can’t sing bel canto, Puccini, Verdi and verismo in the same season.

ResMusica: You will indeed sing Werther on the Bastille stage this month. Which is more frightening for you: mastering the role or the acoustics of this gigantic hall?
PB: I’m not afraid of the size of the Bastille; I’ve sung Rigoletto, Bohème, Onegin, and Faust there and I like it. Of course, it will be difficult to create the intimacy of Werther on that big stage, but I trust our maestro and the stage director to create the feeling when we need it … Werther is one of my favorite roles ever, and with such a great partner as Elīna Garanča, we’ll enjoy the performances, that’s for sure !

RM: Your latest album on Deutsche Grammophon ,“The French Collection”, was awarded a Clef d’or ResMusica 2015. What’s the story behind this album?
PB: First of all, thank you so much for this award! I feel extremely honored to receive a Clef d’or ResMusica 2015, especially for a French album in France! The idea was to bring the style of French romantic opera closer to the public. I’ve often mentioned that I love these works very much and was disappointed that not many French opera houses play grand operas by Massenet, Gounod, Bizet, Mayerbeer… Now, after several years, the situation is better. Maybe because of my CD? And this interview?…

RM: You manage to sing heavy roles with lyricism and wonderful pianissimos– for instance, in the Concert de Paris at the Eiffel Tower in 2014 (video below). This season, you’ll be singing Lohengrin and Riccardo in Ballo in Maschera, which are heavier roles. Will you move away from lighter roles, such as Rigoletto?
PB: Not really… I try to mix my season with different styles, but always keep the right proportions. One production of Lohengrin doesn’t remove Rigoletto from my repertory; there’s still a lot of lyric quality needed in that repertory.

RM: How has your relationship with Deutsche Grammophon been so far?
PB: Every singer dreams of signing with Deutsche Grammophon, as it brings you to the next level. I had been in contact with them for many years, and when I had the opportunity to sign with them, I took it. I was surprised that they respect what I do and I still keep my independence.

RM: Would you consider doing a cross-over album if they wanted it?
PB: I cross over to operetta, I believe in Robert Stolz and Richard Tauber. I know I can do that well, but I’m not ready to do pop songs. Pavarotti & Friends, Diana Ross with Plácido Domingo and José Carreras – these were great events, but artistically they don’t work for me. I have said “no” to projects I don’t believe in.

RM: As a Polish artist with an international career, do you actively seek opportunities to promote the repertoire of your own country? Are there hidden treasures you would like to make better known?
PB: The Haunted Manor (Straszny dwór in Polish) by Stanisław Moniuszko, composed in the 1860’s, is very interesting. Every singer has a beautiful role, and the work is part of Polish history. We need a good conductor and cast; I’m working on it. I really don’t see any reason why this opera isn’t part of the repertory of the leading houses!

« Learning about style and technique, how far you can go with your voice, and having you work with a psychological coach to explain how to manage a rough world. »

RM: King Roger by Krzysztof Warlikowski, at the Bastille in 2009? The audience was outraged and booed the stage director with a rare level of energy.
PB: I was upset. The production didn’t tell the story, and presented it on a very low level. It was a missed opportunity, and I am very sorry to say that for Król Roger, the first international attempt in Paris didn’t help anyone understand the music and story…

RM: You were born in 1966; you grew up at the time when General Jaruzelski was in power. What memories do you have of that time?
PB: My father was part of Solidarność; he was arrested for 5 days in December 1981, with all the other leaders. We were living 10 kms from Katowice, in the south of Poland, and the city and the area were a big part of that event. There were Panzer tanks close to my house; we could not play football for two months and it was scary. But it brought the people together against the regime…

RM: Do you feel nostalgic about that time?
PB: I remember there was nothing in the shops, and when I say nothing, I mean nothing. Ham was only for Easter… if you were lucky. I had to wait in line all night for a ham, and wasn’t sure I could get it. People who complain today should remember that in those days you paid for a car and had to wait 20 years to get it! That being said, today I see people chat on social networks but they don’t talk together. In those days, our parents taught us to have respect for older people, to give up our seat in the train, make room for others on the street, and take care of one another. Today, people block others: “No, don’t get into my private space!.”

RM: Do you have a dream for the next 15-20 years?
PB: Yes, I want to create a school for singers. I’ve been on stage for 20 years; I have 15 years ahead of me and don’t want to sing Rodolfo until I die. These days, vocal instruction is on a very low level. Teaching people how to sing is a very complex thing and there are many psychological elements involved in it. It’s not only about high notes and how loud you can sing. My idea is that it’s learning about style and technique, how far you can go with your voice, and having you work with a psychological coach to explain how to manage a rough world–a part of training that isn’t really done.

RM: What is the greatest risk for any singer?
PB: People think about their next engagement, when they should be thinking three to five years in advance. Otherwise, the results can be disastrous. I mastered the art of vocal technique and I want to pass it on to the next generation. It’s my responsibility, because young singers have the right to be fragile, not smart or experienced enough… Our duty is to explain how the rules of this world work…

RM: When will you open this school? Where will it be located? And how many students will you have?
PB: Lot of people ask me when I’ll open it! Location doesn’t matter and I’ll start it when I’m ready for it… I believe in quality, not quantity, and will try to help as many singers as possible, on different levels, of course! One kind of help is needed for beginners and another for singers who have problems with their voices during their career, due to changing repertory… It’s a difficult process.