Death and Transcendencev : Robert Spano and the Helsinki Philharmonic Orchestra 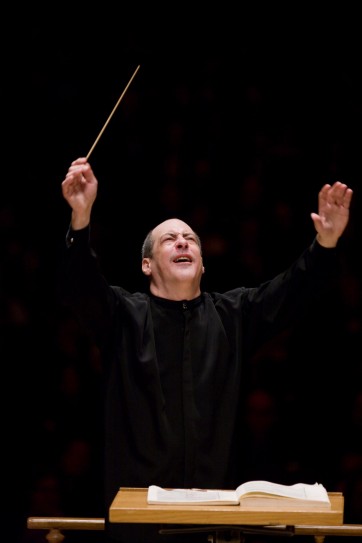 Robert Spano led a taut and disciplined performance of Rachmaninoff’s Isle of the Dead.

The subjects of death and the beyond have certainly fascinated many artists, both past and present. Among composers, one famous example would of course be Richard Strauss’ Tod und Verklärung. In this evening’s program, the American conductor Robert Spano led the Helsinki Philharmonic Orchestra in two Russian, romantic-era perspectives on death, concluding with Messiaen’s transcendent L’ascension.

Rachmaninoff’s The Isle of the Dead is one of the composer’s most somber and atmospheric works. Despite the dark subject matter, effective performances of this work must never lose sight of Rachmaninoff’s brilliant orchestration and extended melodic gestures. Spano led a taut and disciplined performance. The opening pages were smooth yet deeply foreboding; one could almost feel the gently heaving waves. The Helsinki Philharmonic brass were in top form, sounding weighty and burnished.

Mussorgsky’s Songs and Dances of Death was an appropriate choice to follow the Rachmaninoff, not only because of the subject matter but also because of Finnish composer Kalevi Aho’s effective orchestration, whose relatively (in comparison to Shostakovich’s orchestration) brighter sound palette was an appropriate complement to Rachmaninoff’s sound world. Soloist Mika Kares’ performance brought an understated intensity coupled with deep confidence and commitment.

Barber’s Adagio for Strings is perhaps the most performed orchestral work written by an American, and has become one of the go-to works for events of mourning. Spano’s interpretation avoided the tendency to overemphasize the somber elements of this music; this performance was dignified and flowing, and refreshingly distant from tear-jerking territory.

Concluding this evening’s program was Messiaen’s L’ascension. There were many highlights of this performance, such as solid intonation in the opening pages, the excellent woodwind solos in the second movement and the jolly (if perhaps clumsy) humor of the third movement. As well as this was played and conducted, I still could not escape the somewhat pedantic nature of this music, when it should have been transcendent.