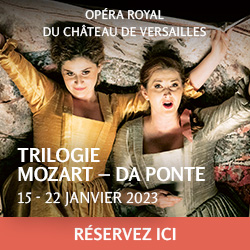 Gustavo Gimeno in Britten and Shostakovich with the Finnish RSO

One of the most immediately appealing aspects of cellist Tomas Nuñez-Garcés’ performance was his understated confidence and assured virtuosity.

Benjamin Britten and Dmitri Shostakovich were two of the greatest composers of the 20th century. In addition to being  admirers of  each other’s work, they also shared a common link with one of the greatest musicians of the 20th century: Mstislav Rostropovich. This evening’s program featured one of Shostakovich’s most popular and accessible works, the Symphony No. 5, coupled with one of Britten’s thorniest orchestral compositions, the Symphony for Cello and Orchestra, dedicated to Rostropovich.

Britten’s Symphony for Cello and Orchestra opens with grinding tones from the nether regions of the orchestra (double basses and contrabassoon), setting the stage for the soloist’s emphatic entrance with jagged multiple stops. Percussion eruptions and rather angular woodwind writing are notable aspects of the first movement. The second movement features dashing apparitions and lyrical flights of fancy; the third movement tries to achieve a somewhat more conventional melody before a hushed section foreshadows the final, (somewhat clumsily) celebratory movement.

Tomas Nuñez-Garcés is a familiar face to Helsinki audiences; prior to his present position as solo cellist with the Finnish Radio Symphony Orchestra (FRSO), he held leadership positions in the cello sections of the Finnish National Opera and the Helsinki Philharmonic. One of the most immediately appealing aspects of Nuñez-Garcés’ performance was his understated confidence and assured virtuosity; the focus was on the music and not on himself. Particularly memorable was his mesmerizingly engaging take on the lengthy third movement cadenza.

The orchestral part in this work serves as an equal partner with the soloist. Not surprisingly, Britten’s orchestral writing is inventive, busy, and detailed. Gustavo Gimeno clearly took great care to ensure that the relevant details were brought to the fore while ensuring that the appropriate balance between the orchestra and the soloist was maintained.

Shostakovich’s Symphony No. 4 was recently performed by the Helsinki Philharmonic and hearing the composer’s Symphony No. 5 in concert a few weeks later felt at times underwhelming. Nevertheless, the Symphony No. 5 has immediate appeal and has a far clearer and more conventional narrative.

Gimeno drew appropriately steely and wiry sound from the FRSO strings at the opening. The first half of this movement seemed perhaps slightly pedantic at times, but Gimeno and the orchestra hit their stride in the central climax (featuring some roof-raising low brass) and the chilling coda. The second movement was perhaps the most successful of the performance; Gimeno conjured up a true carnival atmosphere supported by deliciously devilish solo contributions, in particular concertmaster Jari Valo’s brief star turn. A certain nobility graced the tragic beauty of the third movement. Gimeno unabashedly drew out the visceral excitement in the opening of the final movement, and his take on the famously ambiguous final pages was felt as if it was exactly in the middle–not a true victory, but not a false one either.