Olari Elts in all-Russian program with the Finnish RSO

The Estonian conductor Olari Elts is a regular visitor to Helsinki and is often seen on the podium in front of both the Helsinki Philharmonic and the Finnish Radio Symphony Orchestra (RSO). In this evening’s performance, Elts brought an all-Russian program of Rachmaninoff, Mussorgsky, and Shostakovich. 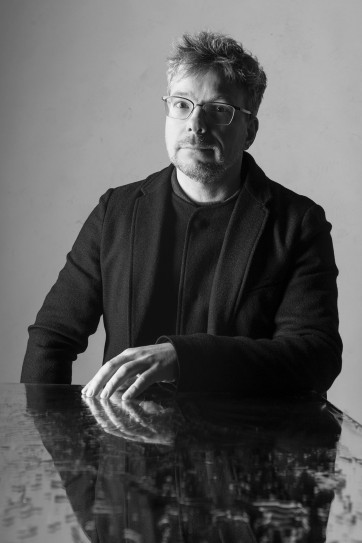 Consistent with its title, Isle of the Dead is one of Rachmaninoff’s darkest orchestral works. The ominous and foreboding opening pages provide clear evidence of Rachmaninoff’s mastery of the orchestra. Elts awareness of and attention to the smallest of details–a harp figure, a small swell in the brass–made for an absolutely spine-chilling listening experience. The sunnier and more passionate central section was energetically played, and was a nice contrast to the darkness of the coda. Elts and the Finnish RSO achieved a real symbiosis and delivered a memorable performance.

Continuing with the theme of death, Mussorgsky’s Songs and Dances of Death was next on the program. The version performed this evening was Kalevi Aho’s orchestration, which is an appropriately sensitive rendition, although the soloist was lost somewhat in the denser textures of the final movement. Soloist Andrea Mastroni was confident and imposing, but also delivered the rocking second movement with heart-breaking delicacy.

On the Southern Shore of the Crimea is a certainly lighter affair than the Songs and Dances, and Bernd Alois Zimmermann’s orchestration was an interesting juxtaposition of Mussorgsky’s orchestral sound world of the 19th century with that of Zimmermann’s mid-20th century.

Shostakovich’s Symphony No. 6 sits somewhat awkwardly between two of his most popular and accessible symphonies. The Symphony No. 6 opens with a massive Largo that is longer than the remaining two movements combined. I find this Largo to be rather elusive and emotionally ambiguous when compared to the composer’s other symphonic Largos, despite its ruminating and at times ponderous character. Elts appeared to be aiming for a certain transparency in this performance, which was effective in the opening statement and particularly in the revelation of light towards the end of the movement.

If the first movement comes across as inaccessible, then one can just sit back and enjoy the ride in the final two movements. Elts exhibited an impressive control of the momentum and energy of the Allegro, but it was the Presto that really stole the show. If it is possible to physically embody the music of this movement, Elts would be it. Every snickering woodwind gesture, every vulgar brass interjection, and the almost ridiculous sense of celebration was vividly communicated by Elts’ podium acrobatics. An absolute joy to watch.