Santtu-Matias Rouvali conducts Pettersson and Sibelius with the Tampere Philharmonic

Under Rouvali’s direction, Allan Pettersson’s Symphony No. 7 felt like a connected series of very long phrases, each executed with a single breath. 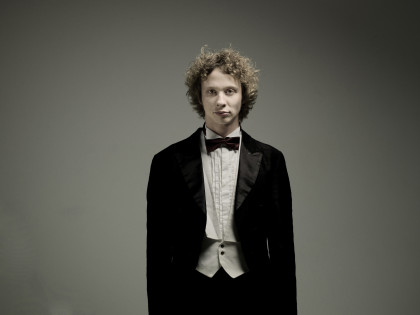 In the past half-decade or so, the star of the Finnish conductor Santtu-Matias Rouvali has risen at a dizzying pace. In addition to leading both the Tampere Philharmonic and the Gothenburg Symphony, he has recently been named successor to his countryman Esa-Pekka Salonen at the Philharmonia in London. It is of course very exciting to see and hear a conductor of this caliber and international recognition take up the cause of Allan Pettersson.

The opening section of the symphony could be described as an endless horizon under an oppressively gray sky. Rouvali took this section at a surprisingly brisk pace, which added an unexpected sense of anticipation and foreboding to the gloomy proceedings. Rouvali led the following section with a seemingly cold objectivity, which raised the tension of this already ominous music to almost suffocating levels. The achingly beautiful string chorale that leads into the final section of the symphony was played at an appropriately flowing tempo; here Rouvali avoided the temptation to add any sentimentality and simply let the music speak for itself.

Although the Symphony No. 7 has been (again, relatively) very well represented in recordings, Rouvali’s unique and ultimately effective interpretation deserves to be recorded and heard by a broader audience. One can only hope that this is the beginning of what will be more Pettersson from Rouvali.

Music lovers in Finland have no shortage of opportunities to hear Sibelius’ Symphony No. 5 performed by orchestras and conductors who have arguably the world’s greatest appreciation and facility with this work. Believe it or not, I may have actually become somewhat jaded every time I hear this work performed in Finland, because in this country a technically assured performance that approaches this work with reverence is practically a given with any Finnish professional orchestra.

Although Rouvali’s interpretation of the first movement did not appear to over-emphasize the release of tension at each climax, it was the spaces between these climaxes where Rouvali worked his magic–similar to the Pettersson, Rouvali painted the movement in the broadest possible strokes and consequently created this palpable sense of inevitability throughout.

The second movement, which can sometimes come across as a somewhat innocuous pastoral, was positively exciting and almost fiery under Rouvali’s direction. A sense of inevitability also permeated the glorious final movement; the arrival of the « big tune » sent shivers down the spine. The spaces between the final pounding chords was perhaps a little exaggerated, but was great fun nevertheless.