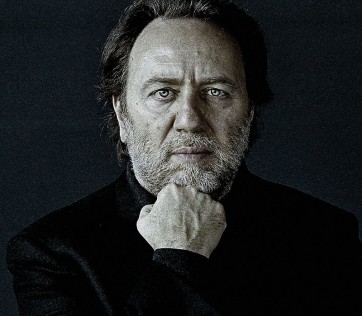 For this series of concerts by the legendary Leipzig Gewandhaus Orchestra, the Pleyel concert hall was unusually crowded. Riccardo Chailly has been the orchestra’s conductor since 2005, and his contract has been renewed through 2020. The program was classical to the core: yet again in Paris, Brahms’s full cycle of symphonies and concertos. However, when they are played as they were here, we can only ask for more.

Brahms played by the Gewandhaus is pure tradition. The orchestra—the oldest in the world—premiered numerous works by Brahms. The link between orchestra and composer was obvious then. What became of this bond almost 135 years later? Evidently, the instruments (especially the winds) and the standard way to play them have evolved, and the string section has been expanded (Brahms never had sixteen first violins at his disposal). The remarkable quality of the orchestra as a whole, its homogeneity, its almost perfect technique, are astounding. Every single note is played with the minutest precision, flawlessly. Brahm’s signature instrumental combinations—especially in his later works—sound as never before, and some perilous attacks by the strings (such as in the slow movement of the Piano Concerto no. 2 or in the first movement of the Symphony no. 4) are performed with astonishing ease.

Beyond the perfect plasticity of the playing, how does Brahms conducted by Chailly sound? Does it overflow as much as when Chailly conducts Mahler, a composer often seen as the opposite of Brahms? Chailly chooses to remain as objective as possible, playing with the elements of contrast and variations in sonority, as if this “pure” music could be self-sufficient without any additional pathos. This works well in the most dramatic works (such as the Symphony no. 1, Double Concerto, and Symphony no. 4), but in the more “pastoral” works (such as Symphonies no. 2 and 3) it sometimes leaves the listener a little bit hungry for more. Brahms played this way, without any emotional outpourings, with an objectivity appropriate to Mozart and Haydn—of whom he is the heir—but with large-scale post-Romantic forces, is far from standard interpretations. The idea is defensible, especially when with such an orchestra, and cannot fail to make one wonder yet again, is Brahms the last of the classicists, or a precursor of modernity? It may be because of this ambiguity (in addition to his being German) that Fauré and Debussy despised him.

The soloists were great—very great indeed—and in agreement with Chailly’s objective vision. The only damper was Julian Rachlin, a short-notice substitute for Leonidas Kavakos in the Double Concerto. Rachlin, with his springy blond forelock, had arrived only the day before, and was no match for the loud and impressive cellist Enrico Dindo. In the Concerto no. 2, Arcadi Volodos showed an admirable, always supple, always powerful touch that never becomes percussive. Pierre-Laurent Aimard plays the Concerto no. 1 with the same objectivity, fusing the piano with the massive orchestral sound. And, last but not least, Leonidas Kavakos, who was present this time for the Violin Concerto, took the audience’s breath away. He is unquestionably one of today’s stars of the bow. There was no encore by the soloists, despite many curtain calls, but three of the Hungarian Dances were altogether played, again quite objectively, in a manner far from the usual unbridled interpretations.