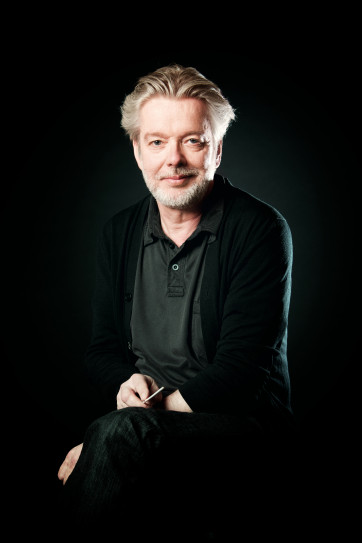 Jukka-Pekka Saraste is a familiar presence in the Helsinki music scene, regularly guest conducting both the Helsinki Philharmonic and Finnish RSO. On this evening’s concert, however, Saraste was not on the podium with a local band but instead brought the Oslo Philharmonic, showcasing the results of his recently concluded tenure with this ensemble. This orchestra is sometimes called the best in the Nordic countries, and the music-making on display this evening gave support to that claim.

The program began with a selection of songs from Nordic composers. Ture Rangström was a highly prolific writer of songs, having composed over 300. The song Flickan under nymånen was charming in its somewhat clumsy lilt, while the gentle melancholy of Den enda stunden could have influenced Pettersson in his Barefoot Songs. Grieg’s Der skreg en fugl features a somewhat surprising chromaticism, representative of birds, while his Jeg elsker dig! is a heartfelt love song.

The highlight of the first half, however, was the performance of Luonnotar. The tight ensemble and blended sound of the sordino strings at the opening was impressive in its own right, but the central section, with the interplay between harp, cellos and violas was an experience. This is some of Sibelius’ most primal, elemental music, and it would be difficult to conceive of a better rendition.

The soprano solo is of course central to Luonnotar, and Helena Juntunen not only displayed complete control of the treacherous vocal line, but sang with such thorough conviction that the music seemed as if it was not being performed, but channeled.

The symphonies of Mahler attempt to encompass the whole world of earthly experience, and the extremes of extroverted emotion are usually brought out to some degree or another in performance. It is, however, possible to perform this music with utmost fidelity to the score and with technical perfection, while keeping the emotions in check.

Such a restrained approach to Mahler would not be surprising with Saraste on the podium. If one could generalize his approach to music it would be clarity, attention to instrumental detail, balance, and perhaps avoidance of dynamic and emotional extremes. While these qualities are excellent for composers such as Sibelius, they were somewhat frustrating when applied to one of Mahler’s most overtly emotional scores.

This was the case for about the first 65 minutes of this massive work. The Oslo Philharmonic produces a big and full sound, with particularly excellent woodwinds (especially in the Andante, here played as the third movement), powerful brass with assertive and confident horns, and warm and rich strings. With this vehicle at Saraste’s disposal, it was surprising to hear a performance which seemed to be viscerally engaging yet so emotionally cool.

When the first hammer blow arrived in the final movement, rather than sounding like the first part of a multi-stage catastrophe, it came across more as a simple extension of Mahler’s percussion sound palette. At this point, such a matter-of-fact approach to such a dramatic gesture seemed consistent with what had come before.

It was the second hammer blow which violently changed what seemed to be Saraste’s approach thus far. The ensemble of the multiple percussionists was perfectly aligned, and the hammer blow itself was deafening. This catastrophe was unexpected, not one which was anticipated over the course of the music.

From this point forward the music took on a sense of desperation.  Saraste chose to include the third hammer blow, which made the final brass chorale (chillingly played here) sound even more resigned and hopeless. The frightening crash which closes the work was one of the loudest I have heard.

Could it be that the tragedy which is completely unexpected is even more devastating than the one which is anticipated? This symphony has been performed in Helsinki quite frequently in recent years, with Salonen, Segerstam, Zinman, Chailly, and Elts all offering their interpretations. Compared to this highly esteemed company, Saraste’s performance just might have been the most unique and compelling, and in an surprising way, the most tragic.