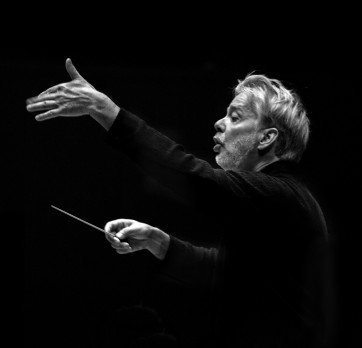 This evening’s concert featured Dutilleux’s Métaboles, one of the composer’s more frequently performed pieces, followed by works from Saint-Saëns and Bartók.

This evening’s performance of Métaboles benefited from Saraste’s typical attention to detail and balance. While Saraste’s conducting seemed particularly deliberate, the music never came across as pedantic or fragmented. The woodwind-led opening was appropriately sharp and angular; the supporting harmonies perfumed yet pungent. The prominent strings in the second movement had a beautiful shimmer, and the exciting climax in the third movement featured excellent ensemble brass playing. The fourth movement percussion was precisely rendered rather than shadowy. While a slightly faster tempo might have made the last movement more exciting, the eruptive final pages were nevertheless brilliantly executed.

Although the Concerto for Cello No. 1 by Saint-Saëns is popular among cellists for its pedagogical properties, concert performances of this work are generally rare in comparison to other romantic cello concertos, such as those from Schumann or Dvorak. Nevertheless, the work is attractive for its concise structure and effective motivic and melodic integration. Cellist Truls Mørk brought his usual virtuosity accompanied with a rich, warm tone, with just a hint of brightness. Also memorable was his ability to clearly define and articulate each pitch in the rapid passages of the work’s third section.

Despite being written 30 years after the first concerto, the musical and expressive language between the two works is largely similar. While the technical challenges of Saint-Saëns’ first cello concerto are usually surmountable by an advanced student, the second concerto demands considerable virtuosity. Although lacking the thematic distinction of the earlier work, the later concerto featured some exceedingly beautiful lyrical passages, and it was nevertheless enjoyable to see Mørk’s effortless virtuosity on display.

After the relative lightness of the two concertos, Bartók’s Miraculous Mandarin came as a bit of a shock. The work began with a frantically busy and somewhat chaotic scene of urban life. Saraste brought out appropriately aggressive playing from the strings, accompanied by a curiously inaudible snare drum. Similar to Métaboles, Saraste took great care to reveal Bartók’s tremendous orchestral invention, but with added vehemence where necessary. Special mention goes to clarinetist Anna-Maija Korsimaa, who shone in her many important solos.