A violent attack against El Sistema 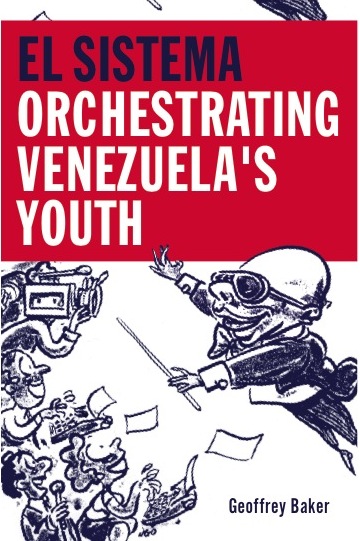 A violent attack against “The System” in the form of a wet firecracker.

This new rag, because that’s what it truly is, created a unique situation when it disappeared from the shelves of London booksellers in two weeks, probably because, from a prejudiced viewpoint, it aggressively and even violently denounces a “System” conceived and carried out with passion and love by José Antonio Abreu, maestro and militant, as well as by the Venezuelan Minister of Culture, whose goal is to engage young people from the barrios in developing a “social conscience” for themselves, to fight back (“to play and struggle” is the superb motto of the program) by means of music, “classical” or otherwise. Baker’s fiercely bitter barbs (he tells us he’s visited Caracas but admits to never having met Abreu…) are often surprising, often intolerable, sometimes hit the mark, but most often, the book explodes in your face like a tiny wet firecracker, with page after page, chapter after chapter of ad hominem attacks, harped on over and over ad nauseam against José Antonio, the “little dictatorzuelo,” who’s an “opportunist,” “arrogant,” “pretentious,” “swollen with pride,” creator of a System that’s riddled with propaganda and incomprehensible complexity, with well-connected “friends” and compliance, not forgetting persecution, corruption and sexual transgressions. Ad hominem, too, against Gustavo Dudamel, spoiled darling of the project (and who presently conducts, following in the footsteps of Klemperer, Giulini, Mehta, Salonen and others, the Los Angeles Philharmonic)–Dudamel, debauched by Hollywood and his Rolex.

On the one hand, then, this vast New-Left plot to fully “orchestrate” Venezuelan youth, and, on the other, this vulgar neo-capitalist scheme by local bankers and the dominant ideology to reproduce the Eurocentric conservatism of established doctrine. To support his theses (quite a big word!), Baker next calls on Wlad Godzich and Michel Foucault, no less, as well as on his numerous “informers,” who however, refuse to identify themselves for fear of ending up in the foreboding jails of Hugo Chavez!  Add to that the Catholic party and the Opus Dei, of which Abreu is seemingly an eminent member (!) and you’ll understand the whole picture.

Baker grudgingly admits (in 14 lines of the Introduction) certain results, certain accomplishments, but only with the aim of destroying them in the end. Thus, to fully understand and appreciate the enthusiasm of the Simon Bolivar Symphonic Orchestra of Venezuela, its fluidity, its exoticism, to understand those rigorous rehearsals (and how rewarding they are), that inspiring musical education of young Venezuelans (350,000 participants), that creation of 400 orchestras, of more than 200 centers throughout the country, that distribution of instruments to the poorest students, this social project that fights violence, ghettoisation, drugs and prostitution, this passion for the System shared by such dangerous Lefties as Simon Rattle, Claudio Abbado, Plácido Domingo or Daniel Barenboïm, well, you’ll have to go elsewhere; you’ll especially have to read elsewhere, make the trip and meet José Antonio Abreu, and forget Baker.