Focus on Shakespeare : The Tempest by Osmo Vänskä in Helsinki 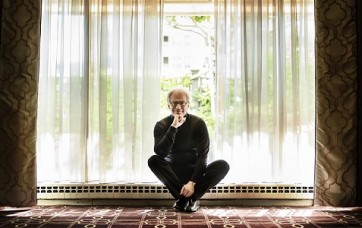 The performance  of The Tempest by Osmo Vänskä and the Finnish Radio Symphony Orchestra was a true celebration of some of Sibelius’ most forward-looking music.

The work of Shakespeare and his influence on the arts has received intense attention this year, the 400th anniversary of his death. On this evening’s program, Osmo Vänskä and the Finnish Radio Symphony Orchestra presented two musical perspectives on Shakespeare by Finnish composers of the past and present.

Eero Hämeenniemi is a composer harking from the same generation as Esa-Pekka Salonen, Magnus Lindberg, and Kaija Saariaho. These composers are all founding members of the Korvat Auki (« Ears Open ») society, which was created to promote and perform new music. Unlike his colleagues above, Hämeenniemi has made his career primarily as an educator, through his work as a a professor of composition at the Sibelius Academy.

According to the Hämeenniemi, Winter Calm and Summer Storms was inspired in part by Shakespeare’s sonnet 97, along with the contrast of the Indian summer (where the composer began planning the composition) and a December premiere in Helsinki. The work opened with a plaintive bed of strings, over which the soloist sang Shakespeare’s melancholic words. A more animated, mildly threatening section soon followed, where seemingly otherworldly percussion joined in. This percussion led to some very exciting climaxes, likely depicting the summer storms the work’s title. The piece retreated to a hushed conclusion, perhaps reminiscent of Shostakovich’s Symphony No. 4, but without the Russian composer’s sense of uncertainty.

At least in this piece, Hämeenniemi’s musical style is immediately accessible and generally based in common-practice tonality. While Hämeenniemi’s percussion writing made for some of the work’s most effective moments, the work as a whole (at least after one listening) was perhaps not entirely convincing. Mezzo-soprano Lilli Paasikivi provided her usual smooth and honeyed tone to Shakespeare’s words.

Sibelius’ incidental music for Shakespeare’s The Tempest is arguably one of the composer’s greatest achievements. Although The Tempest was one of the composer’s last completed works (Sibelius was compositionally silent for the last 30 years of his life), it shows Sibelius at the peak of his powers, bursting with ideas but also with the means to realize them effectively.

For this performance, Vänskä provided his own selection, as opposed to presenting the two suites. Speaker Jussi Nikkilä gave spoken narration between movements, and Lilli Paasikivi sang Ariel’s songs. Overall, this created not only a more immersive experience, but also gave the audience the opportunity to hear music not included in the suites.

Vänskä conducting Sibelius is almost always an event, and this evening’s performance did not disappoint. From the opening notes of the Introduction it was immediately clear that this would be a definitive performance of this music. Vänskä’s Sibelius is taut, lean, fastidiously detailed, and polished to a bright shine. The Finnish Radio Symphony responded brilliantly to Vänskä’s every gesture. This performance was a true celebration of some of Sibelius’ most forward-looking (harmonically and orchestrationally) music.