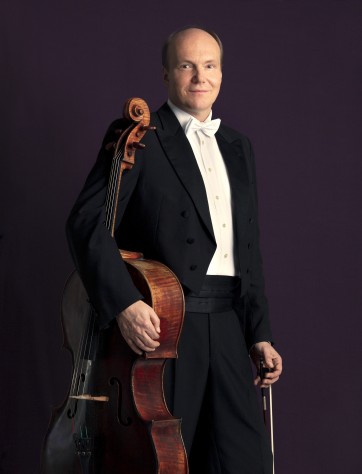 The current, inaugural season of Susanna Mälkki’s tenure as music director of the Helsinki Philharmonic Orchestra (HKO) is focused considerably on 20th-century French orchestral music, which has allowed both orchestra and conductor to develop and explore the unique sound palette of this repertoire. This evening’s concert continued this trend, presenting colorful works from both the 20th and 21st centuries, from France and from elsewhere.

Leevi Madetoja was one of the most important Finnish composers to emerge after Sibelius. Despite this reputation, Madetoja’s compositions are generally rarely encountered in concert halls, even in Finland. The opening work on this program, an excerpt from Madetoja’s ballet-pantomime Okon Fuoko, should hopefully win the composer many new fans. In this excerpt’s brief three-minute duration, Madetoja skillfully conjured up a scene of ominous, dark mists, underpinned by subtle yet expectant dissonances. One was left wanting more, curious to hear what other tricks Madetoja had up his sleeve in the rest of the work.

Ernest Bloch’s Schelomo is one of the composer’s most performed works and concludes what is considered the « Jewish cycle » of his oeuvre. While not excessively challenging for the soloist from a technical point of view, Schelomo nevertheless requires the soloist to convincingly navigate a wide range of moods and emotions. The great Norwegian cellist Truls Mørk brought a refreshingly effective interpretation that combined deep soulfulness without excessive portamento; Mørk’s Schelomo brought nobility to the music’s lamenting qualities. Mälkki (herself a top cellist) was an ideal partner throughout, providing an especially memorable balance between the orchestra and soloist in the heavenly interlude before the final tutti.

The following work on the program was the world premiere of Jukka Tiensuu’s Sinfoniaviis, which was certainly an exploration of orchestral sound, perhaps even a mischievous one. The work opened with chaotic clusters that quickly resolved to a single pitch, but then slithered away in a sea of glissandi. As the work evolved, Tiensuu appeared to have fun with the orchestra: honking bassoons and chirping oboes, strings searching for a rhythmic groove, a tuba-piccolo duet.

The final work on the program, the second suite from Ravel’s Daphis et Chloé, could very well be the textbook example of French orchestral sound. Not surprisingly, this music served as an ideal vehicle for Mälkki’s podium magic. Under Mälkki’s direction, the opening pages were wonderfully hazy and misty, gradually becoming focused with the radiant arrival of the sun. Mälkki shaped the final buildup masterfully, and brought extraordinary precision to the percussion in the ecstatic concluding dance.