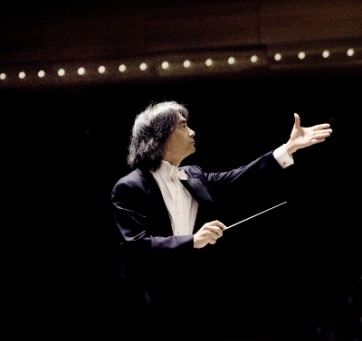 Nagano’s performance of Bruckner’s Symphony No. 8, while abundant in individual highlights, was not quite a fully convincing interpretation of this massive work.

Anton Bruckner is arguably the perfect example of a composer whose music does not simply « play itself. » Bruckner’s symphonies are unhurried, majestic, imposing, and, of course, fervently religious. Only an interpreter who has considered these aspects carefully can successfully transform these lengthy works from seemingly protracted to transcendent. Against this backdrop, Nagano’s performance of Bruckner’s Symphony No. 8, while abundant in individual highlights, was not quite a fully convincing interpretation of this massive work.

Nagano’s choice of tempos for the first and third movements was generally quite broad. While broad tempos in this work can certainly be effective, the music must nevertheless maintain its tension and sense of inevitability. It is in these aspects that this performance fell somewhat short.

The first movement nevertheless began promisingly. The opening theme in lower strings was rendered with great expectation, while the first entrance of the full brass was a true « Bruckner sound, » both burnished and resonant. Throughout the movement, Nagano’s balances were ideal, particularly between pizzicato strings, woodwinds, and brass. The passages leading up to the major climaxes, however, sounded somewhat labored.

The second movement was probably the most successful of the evening. The opening cello theme had an almost balletic gracefulness, while the central trio was taut and focused yet still maintained its pastoral feel.

Under Nagano’s direction the massive Adagio movement unabashedly showcased some of Bruckner’s most beautiful and glorious music: the yearning dissonances in the gently rocking opening, the harp-accentuated string chorales, and the famous melody in the cellos and violas. Similar to the first movement, Nagano’s tempos were quite broad; while this allowed one to savor the beauty, some climaxes felt labored and the occasional sense of anguish felt muted.

The fourth movement was marked by carefully and effectively shaped progressions to the many brass-dominated climaxes, along with emphasis on Bruckner’s intricate string writing. The massive pile-up of previous themes in the final blazing C major coda was a satisfying conclusion to this almost transcendent performance.