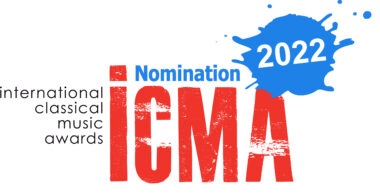 The International Classical Music Awards ICMA today announced the nominations for their Awards 2022, celebrating the best musicians and recordings. This year’s nominations include many renowned soloists, ensembles, conductors and orchestras as well as a lot of young musicians, many of them being first-nominees.

A total of 377 audio (+12) and video productions from 129 labels (+7) have been nominated. To see the list, just click on our Nominations button, which will lead you to lists sorted by labels or categories.

To become a nomination, a production needs to be proposed by at least two jury members. With 21 nominations, Alpha comes on the first place. It is followed by BIS and Naxos (19 nominations).

The finalists will be known by 14 December. The winners of the prestigious ICMA Awards will be revealed on 20 January 2022.

The Award Ceremony and Gala concert will take place at the Philharmonie in Luxembourg on 21 April 2022, with the Luxembourg Philharmonic conducted by one of the Award winners 2022.