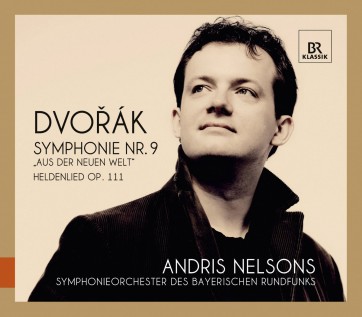 The Symphony No. 9 by Antonín Dvořák is one of his greatest hits.  Andris Nelsons conducts this score like an “orchestral festival”. He conducts just for the sake of music. The tempi are lively and the orchestral ram effects are really explosives (the last notes of the first movement or the scherzo are models of great orchestral class) . The musicians of the orchestra are “on parade” and they show a technical « Deutsche Qualität »  in particulary in the dialogue of the  woodwinds in the « Largo », one of the finest interpretations in the complete discography of the New World Symphony.  This recording is, together with the recording of Mariss Jansons in Amsterdam (RCO Live), one of the most important since the year 2000.

We can measure the quality of a conductor from his ability to transcend a subordinate music. So, Andris Nelsons atomizes any concurrence in the Hero’s song (Heldenlied). Composed in 1897 and created by Mahler, the following year, this symphonic poem is not the best symphonic poem by the composer. This score lacks a narrative touch and it is too loud.  However, Andris Nelsons imposes a dramatic climate, where the Czech forests, inhabited by evil shadows become ghostly and stifling. This art of conducting is ultra-virtuoso and the quality of the orchestra is absolutely amazing.