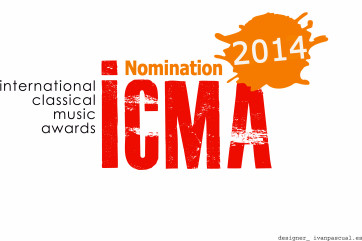 The ICMA 2014 nomination list is available. The winners will be announced early in 2014.

“This list comprises all the initial choices submitted by at least two Jury members and clearly reflects the international character of our Awards. The list comprises 264 CD and DVD releases of a total of 94 labels, up from 86 competing in 2013″, said ICMA President Rémy Franck.

With 18 nominations, the French label Harmonia Mundi is on the first place, followed by Audite (14), Sony Classical being the third with 12 nominations.

The Award Ceremony and Gala concert will take place during the Beethoven Festival in Warsaw, on the 12th of April, with the Polish Iuventus Orchestra conducted by José Maria Florêncio.

Get the lists sorted by labels or categories.

Since 2009, ResMusica has been the French representative to the ICMA Jury. ResMusica has been a member of the ICMA bureau since 2012 and its editor, Pierre-Jean Tribot, has held the office of Vice President of ICMA since March 2013. The ICMA is the only international award dedicated solely to classical music. Its jury is composed of seventeen members from the international music press.