Located in Bavaria, near the border with Austria, Schloss Elmau is a permanent festival venue that offers programs throughout the year, equivalent to those of many famous concerts halls of the world. Silke Zimmermann, artistic director for cultural events, discusses the history of the place and its achievements. 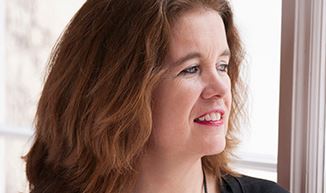 ResMusica: Schloss Elmau is a beautiful place.  Can you tell us a bit about its history? What are the links between Elmau and music?

Silke Zimmerman:  Schloss Elmau was built in 1916, to offer a retreat into nature, away from the maddening crowd. It’s interesting to see that even in its first year, there were 100 concerts played in the wonderful hall of the Schloss, with its fabulous acoustics. So it has always been a place where music was an intrinsic part of the scenery. We are currently reproducing the archives (which were all burned in the 2005 fire that basically destroyed the old house), and we find that all the great musicians of their time came to play in the house: Wilhelm Kempff was « house pianist » for several years; the Amadeus quartet called it their second home; Gidon Kremer came here, after leaving the East in the mid-70s. Britten and Peter Pears travelled through Bavaria, stopped at the house, saw the hall and decided they would found a « British-German Music Week. » One of Britten’s canticles was actually world premiered at Schloss Elmau. Yehudi Menuhin performed here and subsequently, since the programming became professionalized in the 70s, all the leading artists and chamber musicians of today have followed.

RM : Elmau offers a concert season without interruption. What are the highlights?

SZ : We offer 220 concerts in classical, jazz, and pop, as well as lectures, films, and political conferences, all through the year.  There are several festivals in each discipline: A chamber music week in January (resulting from Britten’s festival at the house, now in its 61st year; a lied week every September; miscellaneous literature weeks (one about Proust this November; and two jazz fests– one in July, one in November. We also regularly invite the chamber orchestra of the Verbier Festival and its soloists to the house (at the end of November.)

RM : The artists who perform here are often very prestigious! How do you manage to attract them and their fans?

SZ : Schloss Elmau is uniquely situated at the end of a spectacular natural valley overlooking the Alps. We have an equally spectacular spa installation and cuisine (a Michelin star restaurant but first and foremost, we have one of Germany’s most beautiful chamber music halls and several Steinways in mint condition. So musicians encounter the unique situation of finding top professional surroundings for their work and all the relaxation they and their families need – all at the same time, in the same place. Those who have experienced this singular spot always want to return. 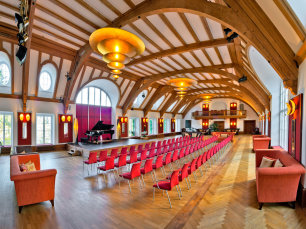 RM : Beside prestigious musicians, there are also young artists. How do you identify them?

SZ :  By listening to ALL music in ALL places on the planet.  By constantly scouting festivals, venues and some competitions; but that isn’t our main emphasis. A very distinguished pianist once said, “Music is not about competition. »  I like to present superb artists and the most interesting musicianship in all areas, but I am more impressed by the energy of a new approach than by the names of the so-called big competitions.

RM : Elmau is located in the Bavarian Alps, a hundred kilometers south of Munich. How do you manage to make the audience attend regularly?

SZ : Don’t forget that we’re also on the border with Austria and in a huge region, populated by people who actually left Munich to escape the hustle and bustle of the big city and are looking for intellectual inspiration. Garmisch and Innsbruck and all the villages around us are happy to have a concert hall worthy of the name, right in their own region…It’s interesting to see that we’re being imitated by other institutions now, that many more people seem to need « alternatives to doing nothing » – as we call it, while being in “relax mode”…

Located in Bavaria, near the border with Austria, Schloss Elmau is a permanent festival venue that offers programs throughout the year, equivalent to those of many famous concerts halls of the world. Silke Zimmermann, artistic director for cultural events, discusses the history of the place and its achievements.