Yury Revich: It’s all about sharing music and arts

The 23 years old Russian violinist Yury Revich – he is based in Vienna – is ICMA’s Young Artist of the Year 2015. Having performed at Carnegie Hall and at La Scala, Musikverein, Tchaikovsky Concert Hall and many others, he has his own concert series in Vienna, he is Artistic Director of the European-Russian Society for International Cooperation, he made some successful recordings and lives out his creativity also in filming and painting. 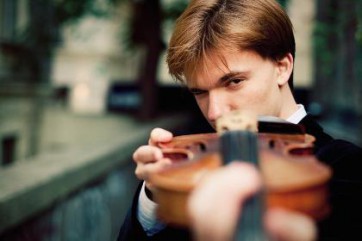 ICMA : Yury, what does being ICMA’s ‘Young Artist of the Year’ mean to you?
Yury Revich : It’s a great honor of course, I’m very happy that my dedication to music and arts is recognized with this fantastic award, and I’m sure it will bring me many new and wonderful opportunities!

ICMA : You began very early to play the violin. Do you come from a musical family?
YR : Yes, I started to play violin at the age of five. From my father’s side I represent the 4th generation of violinists. My mother is not a musician, but she was insisting on giving me a violin in the hands even more then my father, who maybe was thinking about giving finally some other musical instrument to his child. So – violin, violin and only violin!

ICMA : When was it clear to you that you would become a professional musician?
YR : From the moment I performed on the stage for the first time, at the age of 5. It was a small concert, but I still remember that very special feeling as well as all the emotions while I was on stage, sharing music with the audience and being happy to receive my first applause.

ICMA : Do you have any model, any personal hero among the greatest violinists?
YR : I admire many violinists, and for me there are many heroes not only in the violin department, but also in other instrumental categories. I love opera, I believe violin should be our voice, so I really have many favorite artists in many fields of music. However I would not say I have a ‘model’, as I believe that being an artist means being individual, not being alike, not copying or following anyone.

ICMA : What does it mean to you to be on stage, to play music?
YR : It’s my language, through the music I speak out my soul and I express many things I would maybe never say with words. It’s a great feeling, and it doesn’t matter if I’m playing in a hall for 100 people or for several thousand. It is important to establish that contact, to feel how the audience is following every note of yours, how they keep their breathing as I do. And of course, making music on stage is sort of telling a story, fairytale or some drama, and sometimes it’s like painting on a musical canvas, creating musical impressions, something which you only can feel, but can’t describe.

ICMA : Any jitters, when you walk out?
YR : Of course, before going on stage, it’s normal to be a bit nervous, – during even a 5 minutes performance 1000 things can go wrong, scores can fall down, the pianist will start to play the wrong piece, the orchestra will be tuned much lower or higher then you, it can be too hot or too cold, etc. etc. All that happened to me at some moment in my life. But my motto is: Be calm and make music.

ICMA : You play solo, with piano and orchestra, you play chamber music. Any preferences?
YR : I love all of these kinds of music making. (smiling) My preference is of course to play with good pianists, good orchestras, and good colleagues in chamber music. 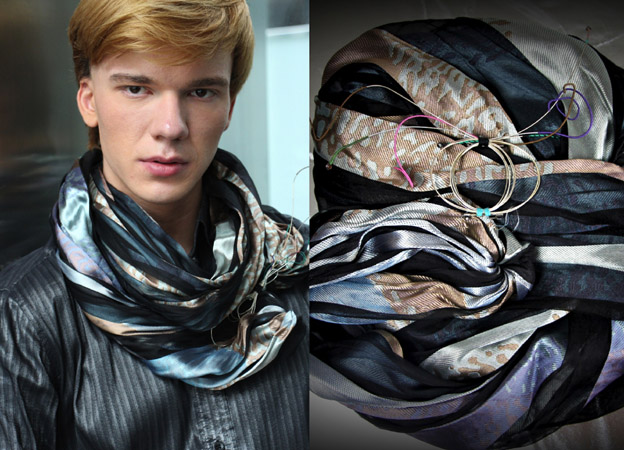 ICMA : You are not only a violinist, you like also to produce films and even design scarfs. Why are such activities important for you?
YR : I consider myself as an artist. Maybe if I had live in the Renaissance period, I had called myself a Renaissance man. I have also other interests, writing for example. Filming is an important hobby of mine. My last short film is selected for a few international short film festivals, and I didn’t even expect such a good reaction. I just did it because I felt it would be great to have a short movie on a story written by myself, to use music as the language of the movie and also to raise awareness for the people with sensor disabilities. Since I was a child, I used to paint a lot and I was always fascinated by the colors of nature, although I am partly colorblind. When I was a child I didn’t know about it and yet I enjoyed painting colorful pictures.

Years ago I decided to bring the colors and patterns which I see in my head during the music, not on paper, but on fabric – so I found a team and we made a little collection of scarfs, each scarf is dedicated to a certain music piece, and is painted by me.
I also founded the quartet Quatuor du Soleil which, besides classical music, also plays romantic, baroque and contemporary pieces. One of my latest projects is The Violin Connection. We are four violinists – the three other young violinists come from Ukraine, Israel und Turkey – and we perform to show that the music is the language which is able to connect people no matter where they come from, and we as musicians should never be influenced by the politics and promote only Peace.

ICMA : Your last scoop was the announcement of your own concert series in Vienna. Normally young artists care first of all about their own career. You even look for opportunities for other musicians to play. How does that come?
YR : I am enjoying sharing the music with others. Of course, I am also building my career and I am looking for good opportunities for myself, but I believe, it doesn’t matter which job you have, it doesn’t matter which position you have, you always can find the possibility to do something for others. And I am honored that such great artists like Paul Badura-Skoda, Pavel Vernikov, Alexey Igudesman, Johanna Doderer and others agreed to take part in my series to support my idea to bring international and local young artists on the beautiful stage of the Old Townhall in Vienna and make beautiful music.

ICMA : You are 23 now. Where do you see yourself in 10 years?
YR : In 10 years? I don’t know! I hope I will be able to share my art with more and more people worldwide, to cooperate with great musicians, great artists, and also I have many plans for big charity events – some I am doing already now , but in 10 years I hope I will have more possibilities and support to help those in need through the music!

The 23 years old Russian violinist Yury Revich – he is based in Vienna – is ICMA’s Young Artist of the Year 2015. Having performed at Carnegie Hall and at La Scala, Musikverein, Tchaikovsky Concert Hall and many others, he has his own concert series in Vienna, he is Artistic Director of the European-Russian Society for International Cooperation, he made some successful recordings and lives out his creativity also in filming and painting.