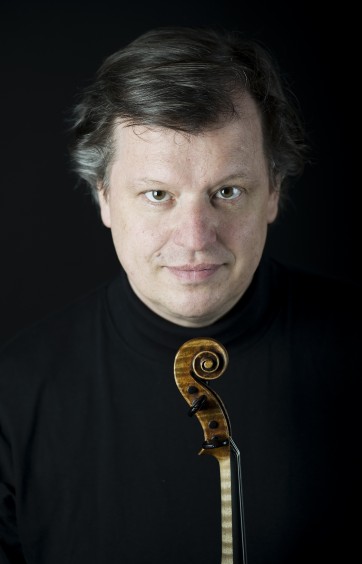 Christian Lindberg made a thoroughly convincing argument of the inherent drama of Pettersson’s music while emphasizing the fact that there is ultimately a song informing the music.

Even in his native Sweden, performances of Allan Pettersson’s orchestral music are few and far between; most performances feature the composer’s generally accessible Symphony No. 7. This evening’s performance of the Violin Concerto No. 2 was the third Pettersson orchestral work (Symphony No. 5 and 7 were performed in February 2017 and November 2016, respectively) presented by Christian Lindberg and the Norrköping Symphony Orchestra (SON) in the past twelve months. No other conductor-orchestra combination in recent memory has shown this level of commitment to Pettersson’s music, and the results of this evening’s performance were unsurprisingly stunning.

Similar to most of Pettersson’s orchestral oeuvre, the Violin Concerto No. 2 is uncompromising, emotionally and technically demanding, and written in a single (55-minute!) movement. Also similar to several previous works is Pettersson’s use of this early Barefoot Songs to build and develop the music argument, in this case the song Herren går på ängen (God walks in the meadow). Pettersson wrote two versions of this concerto; this evening’s performance featured the revised version, in which Petterson made changes to the orchestration and the solo part.

One of the defining characteristics of Pettersson’s music is conflict, and a sense of unrelenting conflict unquestionably permeates the first half of this massive work. The soloist must execute a nearly non-stop stream of extremely virtuosic (but not showy) acrobatics while fighting the orchestra in a struggle to be heard. Despite Pettersson’s uncompromising stance, Lindberg made a thoroughly convincing argument of the work’s inherent drama while emphasizing the fact that there is ultimately a song informing the music. Lindberg’s careful and gradual release of the work’s tension, marked by some of Pettersson’s most consolingly beautiful lyricism, was ultimately a (albeit extremely strained) prelude to the long-awaited appearance of the song in pure form. When the song finally arrived, free of conflict, the effect could only be described as heavenly.

It goes without saying that soloist Ulf Wallin had a superhuman task before him this evening, and he dove straight in fearlessly. What was particularly memorable from Wallin’s performance was not just his navigation of the work’s extreme technical demands but also the work’s lyrical moments. In particular, Wallin’s dialogue with front-desk strings and his arrival at the song were meltingly, almost painfully, beautiful.

While Petterson’s concerto is a concert-hall rarity, Sibelius’ Symphony No. 2 is probably one of the most-performed orchestral works written by a composer from Northern Europe. Regardless of the work’s popularity and familiarity, Lindberg and the SON presented this warhorse as a fresh, vibrant, and almost urgent utterance from one of the top symphonists of the 20th century.

Immediately apparent from the work’s lilting opening was a sense of briskness. The sunny brass chorales in the first movement were sharp and polished. String ensemble was excellent. In the second movement, Lindberg shaped and phrased every note in the opening lower-string pizzicati; rarely is this section rendered with such vitality. Tight ensemble in Sibelius’ scurrying string writing was the highlight of the third movement, while the SON brass were on glorious display in the valedictory final movement.