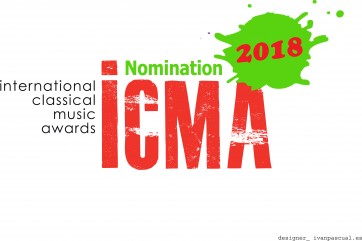 To become a nomination, a production needs to be proposed by at least two jury members. With 17 nominations, Deutsche Grammophon has taken the first place, followed by Alpha (15), Harmonia Mundi (13), Audite (12) and Erato (12). The list of 20 countries from Europe, Asia and North America is largely dominated by Germany, followed by the United Kingdom, France and Belgium.

The final result with the ICMA winners will be published on 18 January 2018.

The Award Ceremony and Gala concert will take place in Katowice, Poland, on 6 April, with the National Radio Symphony Orchestra of Poland conducted by Alexander Liebreich.

Since its creation in 2010, ResMusica has been the French representative to the ICMA Jury.