ICMA announce Recording of the Year 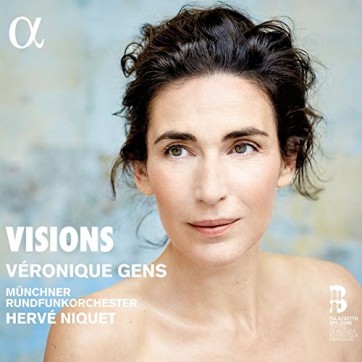 From the list of their 15 winning audio and video productions, the Jury of the International Classical Music Awards (ICMA) has chosen the overall winner of the Recording of the Year Award. It goes to the CD Visions, winner in the Vocal Recital category, with music by Bizet, Bruneau, David, Février, Franck, Godard, Halévy, Massenet, Niedermeyer, and Saint-Saëns, sung by Véronique Gens. The French soprano is accompanied by the Münchner Rundfunkorchester under the baton of Hervé Niquet. The Recording of the Year is released by Alpha, ICMA’s Label of the Year.

The Jury statement says: « With plenty of passion and a perfect feeling for the drama in a program of rarely performed French opera and oratorio arias, soprano Véronique Gens and conductor Hervé Niquet present a most attractive CD comprising many unfairly forgotten musical gems. »