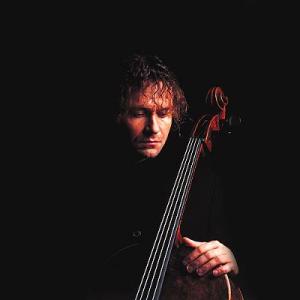 The mid-twentieth century cello concerto is dominated by two great Russian works: the Sinfonia Concertante of Prokofiev and the first cello concerto of Shostakovich. Both works feature fiendishly difficult solo parts and place the soloist in the traditional concerto role of hero or protagonist. On this concert, the Russian cellist Alexander Kniazev presented the infrequently performed cello concerto of Miaskovsky, demonstrating its worthiness as a viable alternative to the Prokofiev or Shostakovich.

The program opened with Schubert’s sunny Symphony No. 5. In this work Schubert unabashedly looks towards the classical symphony of Mozart and Haydn, although one can detect thematic similarities in the third movements of this work and that of Beethoven’s Symphony No. 5. As expected, Schubert filled the work with many surprising but seamless modulations, especially in the first two movements. Conducting without a score, Vedernikov brought out excellent string ensemble while highlighting Schubert’s absolutely delicious woodwind writing.

The Cello Concerto of Miaskovsky is notable for its predominantly lyrical nature, even in the Allegro Vivace second movement. Overt virtuosic display is generally lacking, with the exception of the cadenzas in each of the two movements. Loud orchestral tuttis are also absent. The soloist is placed in a more restrained role, with the orchestra gently supporting or commenting on the solo line. The extended orchestral opening, featuring a beautiful bassoon solo, is mournful and quietly noble. Here one gets the sense that Miaskovsky is looking more towards Rachmaninoff or Tchaikovsky, perhaps even Vaughan Williams or the darkly hued romanticism of Chausson. Some harmonic turns are reminiscent of Shostkakovich. Miaskovsky concludes both movements with a magical transformation to C major. Kniazev was an ideal soloist for this rarely heard score, playing with a warm and penetrating tone ideally suited to this music’s aesthetic.

The final work on the program, Hindemith’s Mathis der Maler symphony, is one of the composer’s most frequently performed orchestral works. One of the challenges of performing Hindemith convincingly is to balance the busy and sometimes pedantic contrapuntal writing with the primary melodic material. Verdernikov achieved this convincingly in the central section of the first movement, although the radiant climax of the same movement was poorly balanced. The second movement was notable for its beautiful oboe solo. The final movement, though quite inventive and featuring Hindemith’s typical fugal writing, leads to a curiously unsatisfying final brass choir apotheosis.