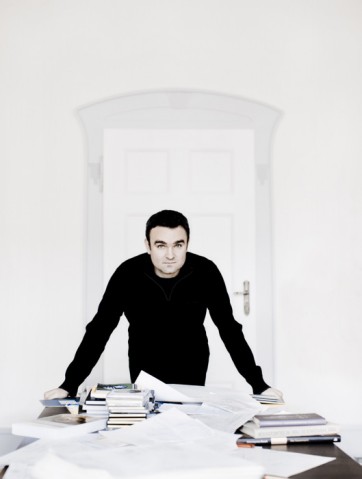 The sound worlds of Maderna, Castiglioni and Widmann at the Concertgebouw.

The Dutch radio orchestras have had a difficult recent history. In 2010, the Dutch government threatened to completely defund the Radio Filhamonisch Orkest’s (RFO) parent organization. While funding has since been partially restored, the RFO’s chamber orchestra counterpart, the Radio Kamer Filharmonie, was recently disbanded. Under these demoralizing circumstances it was both impressive and heartening to see that the RFO remains a technically competent and virtuosic ensemble, capable of handling complex modern scores, as in this afternoon’s program.

The first work on the concert was Bruno Maderna’s Aura. The piece opens with hushed string writing, with multiple solo parts fanning out into distinct meandering lines. The work appears to focus on the unique sonorities created by different orchestral groups: pitched mallet percussion, whistling piccolos, chattering clarinets, dissonant trumpet fanfares, low-register trombones, gongs and cymbals. Improvisatory and virtuosic solo cadenzas for both oboe and flute played major roles in the musical argument. While the piece seemed to have a stream-of-consciousness quality overall, one was nevertheless constantly drawn to Maderna’s orchestrational inventiveness.

Similar to the Maderna, Niccolò Castiglioni’s Altisonanza had an episodic quality, but seemed to possess a clearer rhythmic profile and sense of forward narrative. Particularly memorable were the hymn and song-like elements scored for violin false harmonics, as well as the meandering and inquisitive harpsichord writing. The work concluded with a rhythmic unison of dense orchestral clusters, which felt surprisingly ecstatic and celebratory despite the extreme dissonance.

The main work on this afternoon’s program was the Netherlands premiere of Jörg Widmann’s Drittes Labyrinth. A co-commission of the WDR (Germany), Casa de Musica Porto (Portugal) and the NTR ZaterdagMatinee, this 50-minute work is a reflection on selected texts from Nietzche’s Dionysos-Dithyramben.

The piece opens with a threatening chord held by strings, which gives way to extended improvisatory section based on the pitch F#. The work slowly evolves into a discernible narrative, leading up to the entrance of the soprano solo.


Overall, Drittes Labyrinth felt like a psychological downward spiral; oppressive and cataclysmic. Widmann skilfully deployed an absolutely massive arsenal of orchestral effects; his extremely percussive writing for double basses and darkly colorful  usage of harps and pianos were particularly impressive. The work’s semi-resolution featuring soprano solo accompanied with strings was quite moving, but the work ultimately (and literally) ends in darkness. While Widmann’s handling of the orchestra was constantly engaging, one wondered if this was sufficient to sustain the work’s length.

This was a demanding and uncompromising program, and both the Radio Filharmonisch Orkest and Emilio Pomàrico should be commended for their convincing presentations of these works. Soprano Sarah Wegener handled her treacherous and angular solo part with confidence and distinction. Perhaps this program was not exactly casual Saturday-afternoon fare, but it nevertheless rewarded concentrated and engaged listening.