BIS records was founded in 1973 and is one of the most respected boutique classical music labels in the world. Known for its commitment to high quality sound and deep explorations of composers such as Sibelius and Bach, BIS records celebrates its 40th birthday in 2013. In this conversation, the founder of BIS records, Robert von Bahr, reflects briefly on the industry and his many accomplishments. 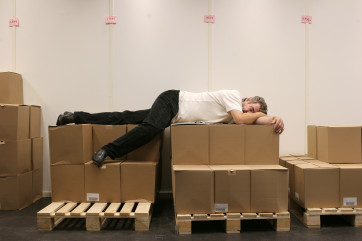 ResMusica: Robert, congratulations! BIS has turned 40 years old. What were the major challenges that you faced when BIS was in its infancy?
Robert von Bahr: Distribution, especially international distribution.  It was only with the recording of a Lieder record with the top soprano of the day, Birgit Nilsson, that I was being noticed at all.

RM: At the time BIS was founded, the major labels were much more significant players in classical music compared to now. Did you have a particular philosophy or approach to recording music to set yourself apart from the major labels in the early days?
RvB: It turned out to be that way, but I cannot boast that it was intentional.  My idea was always – and still is – the quest for giving people a CHOICE.  The choice to love, hate, to be indifferent to, music and artists that was/were little known or completely absent from the recording market.  Unless people can hear it/them, how can they know whether to like it, dislike it etc?  The consequence of this is that BIS has more and more got 2 main legs to stand on – Baroque music on period instruments, and contemporary music.

RM: BIS is known for its deep commitment to numerous composers. Some are well known, such as Sibelius and Bach, but you have also made major contributions to the discographies of lesser known composers such as Aho, Leifs, Pettersson, Schnittke, and Tubin. Tell us a little bit more about why you have chosen this approach.
RvB: This is basically a continuation of the previous answer.  It is a matter of taste and having a good enough contact net of people one can trust.  I cannot boast of having « discovered » any of these, but I can say with a good conscience that, once someone has put my nose in the right direction, I act.  Aho was a product of the then managing director of the Lahti SO, Tero-Pekka Henell.  Tubin of the indefatigable Neeme Järvi, Leifs of the famous Swedish critic Carl-Gunnar Åhlén.  I may take a little more « blame » for Pettersson and Schnittke, both of whose music I heard and fell hopelessly in love with.

RM: When considering new artists, composers, or projects, what are the main criteria that you address before moving forward?
RvB: Quality, quality and quality.  Do they have anything to say?  Do they possess the artistic means to say it?  Does the project fit into our profile?  Can we?

RM: What do you feel are the major challenges that the industry has encountered since you began?
RvB: The lack of physical distribution for high-quality SACDs is beginning to become a very big draw-back, when there is no digital distribution that adequately addresses multichannel, high-bit recordings.  The lack of demand from the public in general to have proper, high-quality sound rather than compressed mp3s.

RM: What do you feel are the major challenges for the industry in the future?
RvB: The same as the previous answer. The notion that everything should be had for free – except the recording costs.

RM: What would you say are your proudest accomplishments with BIS?
RvB: The obvious ones.  The Sibelius Edition.  The Bach Cantatas.  The discovery of Schnittke, Aho, Christian Lindberg, Sharon Bezaly, Martin Fröst, Ronald Brautigam and Yevgeny Sudbin.

RM: Can you tell us a little bit about some projects or recordings we can look forward to?
RvB: Developing further our site for high-res downloads, www.eClassical.com, finishing the CPE Bach Complete Keyboard Concertos (the biggest collection of concertos for any instrument by any composer), also his solo keyboard music (second largest after Liszt).  Finishing the Sorabji 100 Transcendental Etudes – surely the most difficult and biggest piano music ever written.  Finishing the Pettersson Edition.  Keeping up with Aho’s production.  Getting Sudbin to where he belongs – the very top.  Searching for Sibelius’s Eighth.  Surviving, while doing all this.

BIS records was founded in 1973 and is one of the most respected boutique classical music labels in the world. Known for its commitment to high quality sound and deep explorations of composers such as Sibelius and Bach, BIS records celebrates its 40th birthday in 2013. In this conversation, the founder of BIS records, Robert von Bahr, reflects briefly on the industry and his many accomplishments.