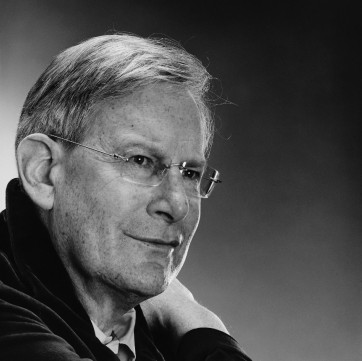 Oedipus-Rex is a curious work to celebrate a birthday. The opera-oratorio by Stravinsky with a libretto by Jean Cocteau translated into Latin by Cardinal Jean Daniélou (who died in the home of a prostitute), was a « very gruesome gift » according Diaghilev to celebrate the 20th anniversary of the Ballets Russes. It is with this work that John Eliot Gardiner made his tour for his 70th birthday with the LSO, with a preamble Apollo.

Antiquity has never brought luck to Stravinsky. Orpheus, Agon and Apollo are not among the masterpieces of the neoclassical period, while Persephone still suffers from a lack of recognition. Only Oedipus-Rex still maintains itself on stage. For the ballet Apollo as an overture, a sort of tribute to the suite of French dance of the seventeenth century, John Eliot Gardiner opts for slow tempos. This Stravinsky there claims his neoclassicism, with a very flexible articulation, the refusal of any jerk-rhythms and especially the sound of the strings the LSO. But despite much efforts Gardiner and his musicians cannot save this rather anecdotal piece.

Oedipus-Rex is a complete different story. Let’s put aside the pseudo-glamor of Fanny Ardant as a narrator/coryphee , blond dyed with a black leather belt, red score – unnecessary  in this case – in hand, who delivers the text hurriedly, make it inapprehensible. Stuart Skelton makes his most in the impossible title role, which requires Mozartian agility combined with Wagnerian power. Despite a good performance, vocal fatigue is felt at the end of the work. Jennifer Johnston as Jocasta dramatizes too much her part, in a work that just refuses any theatrical effect. The rest of the cast, including the great Gidon Saks, is of the highest caliber. The Monteverdi Choir, located on the forefront, is equal to itself, meaning is excellent. Finally, the LSO, despite some discrepancies, excels in this work, under the direction of Gardiner with an unusually fast heartbeat. The maestro tries to give dramatic life to a work which obstinately lacks any. The renditions of Sir John Eliot, always brilliant are sometimes surprising. Anyway, happy birthday Maestro!